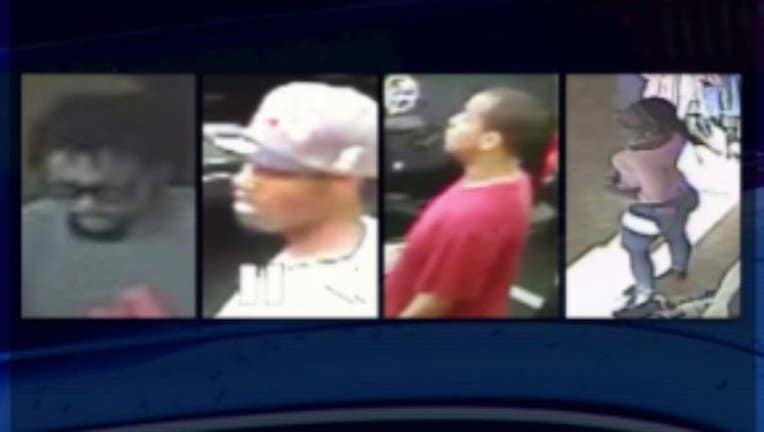 WANTED IN GIG HARBOR -- Surveillance videos of crimes are seen all the time, but the husband of a  theft victim put this video together to get added attention -- and to hopefully get the  crooks nabbed. The soundtrack and text sure get your attention -- and that`s the point. The video was posted to YouTube after Danielle Shew`s purse was stolen Oct. 9 outside Dawson`s Bar and Grill in Tacoma. “My husband put together a video on YouTube and Facebook showing these three individuals stealing my purse.  It`s a violation not just to me, but to everybody in this area. If they can do it to me, they can easily do it to somebody else,” says Shew. As it turns out, they did. Gig Harbor police say these same suspects -- three men and two women -- hit a Christian bookstore on Aug. 29 and a children`s consignment shop on Oct. 3.

“They`re hitting us. They`re hitting Tacoma.  They seem to be preying on mom and pop stores that only have one clerk working at a time,” says Gig Harbor police officer Fred Douglas. Employees say they`re concerned about their safety, working alone in such small shops. “You know, it really just takes away our sense of security. We always felt safe here, this is Gig Harbor,” said Emily Denton. From Tacoma to Gig Harbor, police are also concerned about the wide net these criminals are casting. “To be that organized, we have property crimes, but this was definitely an organized group. They work as a group and they use a distraction technique and take advantage of it,” said Douglas. Police say the best thing you can do to protect your belongings is to lock then up while you are working.  Anyone with information on the burglaries is asked to contact Crime Stoppers at 1-800-222-TIPS.