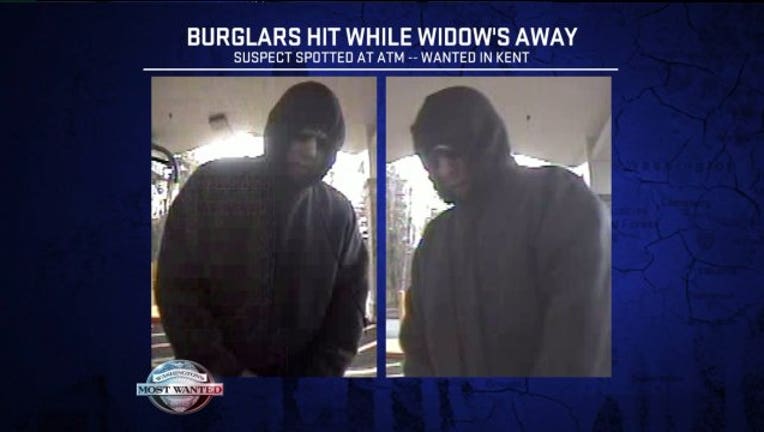 WANTED IN KENT -- Police need your help in putting a name to the face of a guy who used a credit card stolen from a widow's home -- the same day she was at her husband's funeral. He was caught on a surveillance camera at a Key Bank ATM in Maple Valley. He tried to hide his face with a hood, but you can still see him. "Well, this is about the most despicable kind of crime. There's no good crime, but this is about as despicable as it gets -- to prey on an elderly, widowed person. It really shows no compassion for anything about humanity whatsoever," said Kent Assistant Police Chief Pat Lowery. Police don't know for sure if it was an obituary that alerted the burglars, but detectives said the widow did put one in the paper. Her home was ransacked and she had antique jewelry and family heirlooms stolen. Police think the guy caught on camera at the ATM in Maple Valley is white. He's hidden, but not for long. If you recognize him in these photos, call Crime Stoppers at 800-222-TIPS and tell Kent police who he is. You can text a tip here.