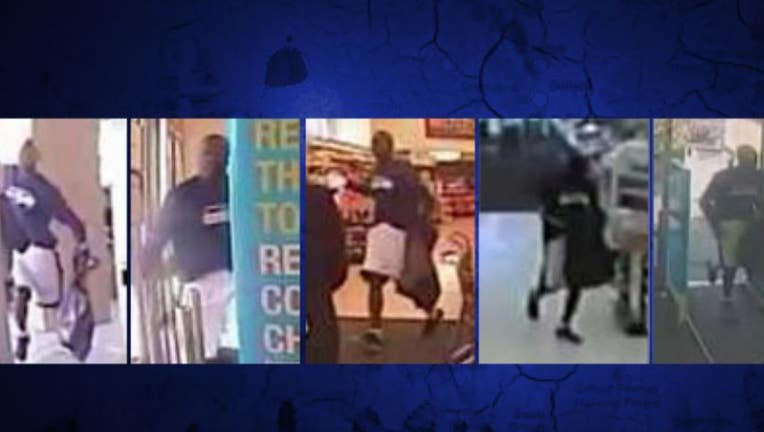 WANTED IN KING COUNTY -- Clerks at a Walgreens store are on high alert for a violent shoplifter who is still on the run. Employees are afraid of the man they call the "Moby Dick booze bandit" because he is nearly impossible to catch. Twice a week for the last two months, employees at the store at 145th and Aurora say this man walks into the store, steals liquor from the shelves, and runs out. This latest theft was captured in the early morning hours of Oct. 4. When two employees confronted the suspect as he tried to exit, surveillance video shows him hit one of them with a bag of broken glass -- not once, but twice.

If you recognize the suspect or know anything that can help King County detectives identify him, call an anonymous tip into: CRIME STOPPERS: 1-800-222-TIPS You must call the Crime Stoppers hotline with your tip to be eligible to receive a cash reward for information leading to a fugitive’s arrest. CLICK HERE for information on how to TEXT A TIP to Crime Stoppers