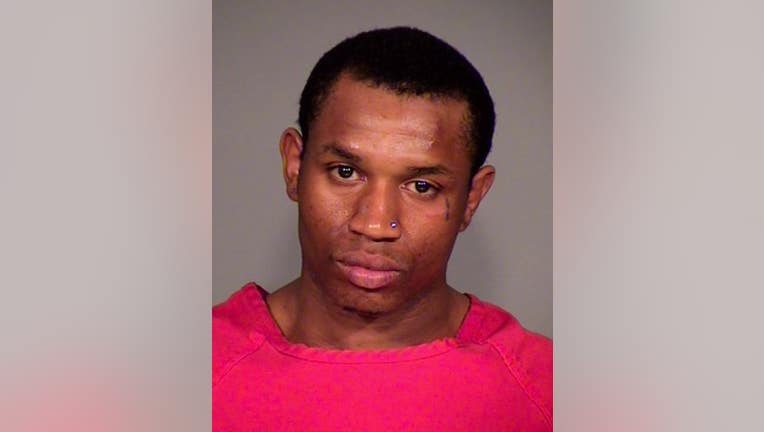 SEATTLE -- Level 3 sex offender Demarcus Linwood, aka ‘Charm’, is a convicted rapist on the run. King County detectives need your help finding him.

Police say his MO is to befriend teenage girls on the bus, on the streets or at events around town. He hangs out with them, gains their trust and then beats them up, threatens to kill them, chokes them and rapes them.

Linwood pleaded guilty to Failure to Register as a Sex Offender and was granted permission to attend a funeral. He was supposed to return but has disappeared.

When he didn’t show up in King County court Tuesday, a warrant was issued for his arrest. He is facing 43 months in prison when caught for the failure to register as a sex offender charge and another 43 months for one he already pleaded guilty to.

He has convictions for failing to register as sex offender, attempted robbery, criminal trespass and multiple assault convictions as a juvenile and as an adult.

In his first rape conviction, he was friends with the victim. She considered Demarcus to be like a brother to her. They were at the 'Bite of Seattle' hanging out with friends all day, then he promised to drive her home. But he didn’t.

Instead, he took her to his mother's home, where he locked her in a bedroom, pushed her on the bed, threatened her with her life, held her arms down, put his arms around her neck and choked her while he raped her.

In the second rape, Demarcus met the victim and her friend while walking down the street in Seattle. They all went to the movies together and then they went back to his place.

The victim needed to use the phone so she went into the bathroom where she was charging her phone. Demarcus followed her into the bathroom, locked the door. The victim resisted his sexual advances, which angered him. He grabbed her, pushed her against the wall and undid her belt. The victim continued to struggle and when she did, he covered her mouth and threatened to “break her neck” if she screamed again. He then raped her.

When she tried getting away from him, he choked her. She continued to fight him even after he raped her. He ordered her on the ground, continued to threaten her and raped her again.

Police say he should not be on the streets right now, especially after showing again he can't be trusted to keep his word to the court.

When I first featured him on Washington's Most Wanted in 2011, officers told me, "He will physically and sexually hurt someone soon in the community. He's continued to escalate violently."

Officers say he could be anywhere around the Puget Sound area and is known to hang out around Everett and Snohomish County, Seattle, Kent and Federal Way.

For a previous story on the Demarcus Linwood case, click the URL below: