WANTED IN BURIEN --
The King County Sheriff Office’s Fire Investigation Unit is hoping you can help catch an arsonist who badly burned a school building.

The arson happened last week, Thursday morning, October 17th, at about 2:30am, at Saint Bernadette Catholic Parish School in Burien.

The photos of the structure were taken later that morning. The white doors are on the outside of the building. The wood doors are inside.

“The person that set the fire did quite a bit of damage, we're talking upwards of $40,000 worth of damage to that structure. On top of it, all the kids that were in that building can't be in that building right now, because of the heavy damage, so they've had to move their classes elsewhere, to another building and the fire investigator told me they're just looking for information on who's responsible for setting this fire,” said King County Sheriff’s Sgt. Ryan Abbott. “We don't know if it's one suspect, or multiple suspects. We don't know why, or who? Anything like that, so that's what they're trying to determine and we're just hoping somebody noticed somebody, maybe running from the scene, or didn't seem to be in place, or they just noticed something wasn't right and we're hoping that person will call in with a tip and provide it to investigators, so they can follow-up on it."

Investigators are asking anyone who may have seen something, or think they may know who started the fire, to please call 1-800-55-ARSON. The Arson Alarm Foundation and Northwest Insurance Council are offering a cash reward of up to $10,000 for any information that helps lead to an arrest in the case. 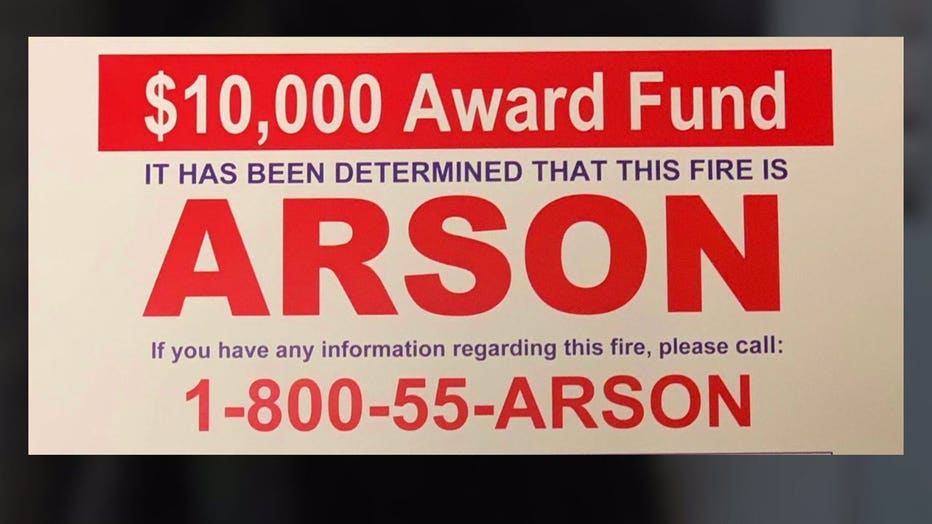