SEATTLE -- The forty officers in Seattle police’s motorcycle unit are some of the first to respond in life or death situations. Officer Mike Henry explains, “If there’s an unusual occurrence or a natural disaster, or say a school shooting, we’re usually already out there- either doing traffic enforcement by school zones so we’re probably the ones close by.” They are highly trained and versatile. Henry continues, “Everything from traffic enforcement to special events that we work – all the major sporting events.  Protest marches, crowd control.” 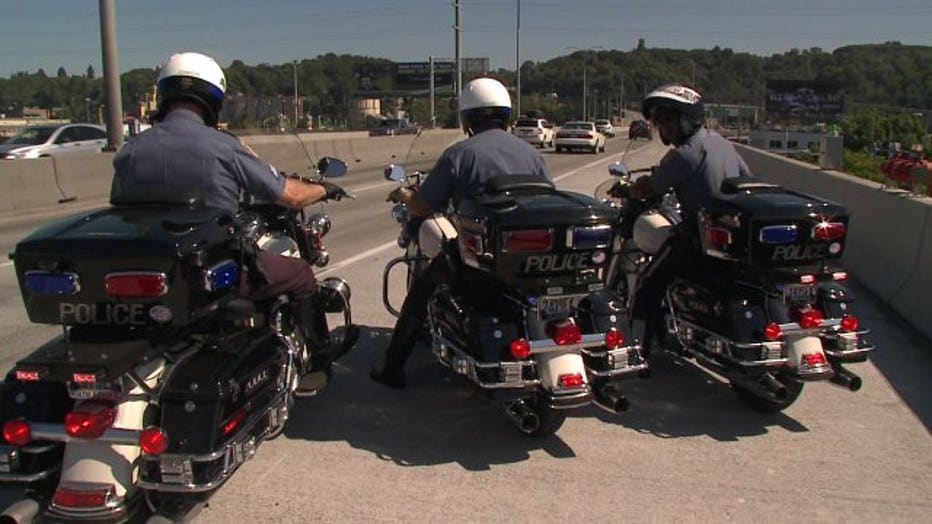 The officers on this team undergo eighty hours of training and even more if they’re assigned to escort V.I.P.s. “We have absolute non-negotiable rules and procedures that we follow. All the way from mounting the bike, preparation of the motorcycle, to hand signals, the movement of the motorcycles,” Henry said. And that precision takes a lot of practice. Officer Joseph Elliot rides with the unit and says, “We spend more time with each other than we do our own families.” No doubt spending this much time together creates a family-like atmosphere within this tight-knit group. Evidence of that is located on their license plate frames. One says “Chips” and another has “Flambe” written above it. Each has their own private joke that they are happy to share with anyone who asks, but they are quick to point out that once the name is on there, it doesn’t come off. “I haven’t been able to get rid of it” Henry says with a smile. It’s a bright spot on a bike equipped for dangerous encounters, and a reminder that these highly trained police officers are approachable as well. Officer Elliot says, “I think most people know that we’re trying to do our best to keep them safe and that’s rewarding.” To that, officer Henry adds,“Just talk to us. Or if you have a question ask us. We are more than willing to help you.”