WANTED IN PIERCE COUNTY -- Detectives in Pierce County need the name of this crook accused of victimizing a woman not once.. not twice.. but three times in the same day -- and stealing a gun from her home. He was caught on camera trying to use the woman's stolen credit card at a bank in Puyallup. Cops say when this photo was snapped, he was in right in the middle of his triple-hit. "This is a victim's worse nightmare,” says Pierce County Det. Ed Troyer. “When someone breaks into your car and gets all your identification and keys, then the suspect uses the credit cards to steal a second time and drain bank accounts and use fraudulent charges, and then also went to the residence because the address was in there, burglarized the residence, took items including a handgun. This victim was a victim three times. So, it's very important to make sure your personal belongings, your ID, and your keys are not where bad guys can get them.” 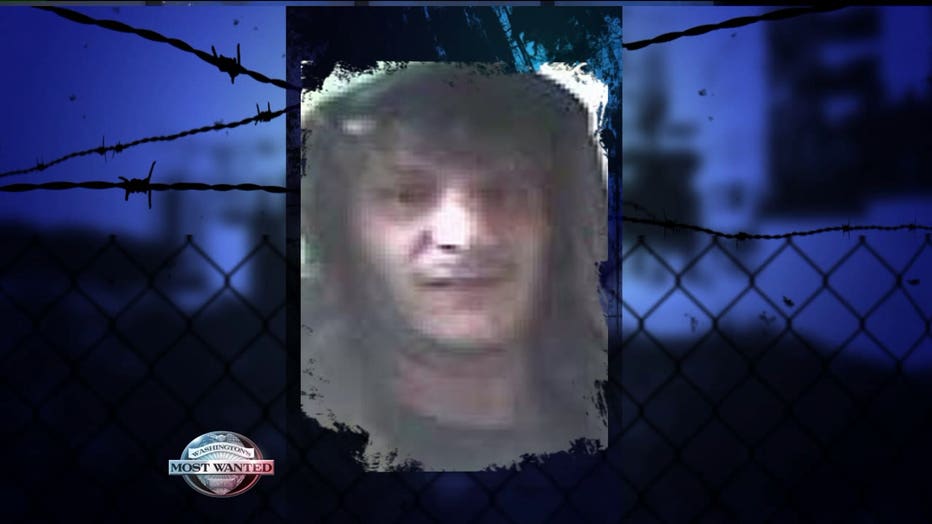 He may look a bit silly, but there's nothing funny about the Smith and Wesson semi-automatic handgun cops say he swiped. There are a lot of letters and words on his shirt. You can make out some "A's" and "W's" on it. If you recognize him, call an anonymous tip into: CRIME STOPPERS: 1-800-222-TIPS You must call the Crime Stoppers hotline with your tip to be eligible to receive a cash reward for information leading to a fugitive’s arrest. CLICK HERE for information on how to TEXT A TIP to Crime Stoppers