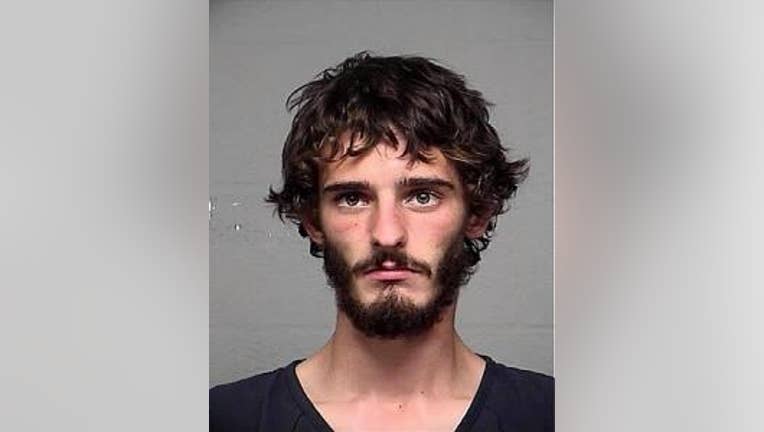 FUGITIVE CAPTURED Jan. 2, 2014 -- The Mason County Sheriff's Office along with assistance from the Squaxin Island Tribal Police Department, the Shelton Police Department, the Shelton Detachment of the Washington State Patrol and the Shelton Office of the Department of Corrections apprehended Alex Frost on Thursday. He was arrested at a traffic stop by the Mason County Sheriff himself, after tips were called in from citizens who saw him featured in the media, including Washington's Most Wanted Mason County detectives say Frost was apprehended at a traffic stop after tips were called in that he was in a specific area. As units were converging to the area, the initial traffic stop on Frost was made by the Sheriff of Mason County, Casey Salisbury. FUGITIVE WANTED IN MASON COUNTY Dec. 31, 2013 -- Alex Frost is a wanted, convicted sex offender who has moved from his registered address in the Shelton area. According to family members, Frost is taking meth and has a problem with anger management. Sheriff's deputies say Frost is now considered a level 3 sex offender because he's disappeared which means he's at high risk to re-offend. Frost is known to drive an orange 1996 Mitsubishi Eclipse two-door hatchback. It has a black hood and Washington license plate ADG5701. If you see Frost, don't approach him, call Crime Stoppers. CRIME STOPPERS: 1-800-222-TIPSCLICK HERE for information on how to TEXT A TIP to Crime Stoppers.