WANTED IN SNOHOMISH --
Part of the beauty of  antiques is the connection to our past. Those who preserve that history deserve our appreciation, not to be victims of crime.

Snohomish Police are asking for your help to identify a crook who broke into a store on an historic street in the center of town, a longtime member of the business community cherished for its reminders of a simpler time.

Eamon Puzzo says he bought a large collection of model airplanes right before the pandemic hit. “This one was built from the ground up. You couldn't buy a kit. I kind of really went all out buying this stuff, but it really classes-up the store and gives guys something to look at while our wives are looking around for more practical things,” said Puzzo.

Snohomish is a destination place for antique lovers. Puzzo has been selling these pieces of nostalgia at his store on 1st Ave. since 2003. "I have a lot of people coming in here who aren't interested in antiques at all. They just love to see the stuff."

So, it was especially upsetting when a crook took a rock and smashed the glass on his door. “He still had a cigarette in his mouth and one of those, like, flagman jackets on, with the yellow stripes to protect himself from when the glass exploded, so he's done it before. That guy really had a lot of nerve, I`ll tell ya,” said Puzzo.

Bold? Maybe? But, not a lot of brains. The video shows him climb-up and steal one of the large radio controlled airplanes worth $1,200, but then his getaway plan went sideways. “Unfortunately, he was unable to open the door, so as he was trying to get out of the glass door he actually smashed the airplane pretty much in half before he took off with it and ran off,” said Snohomish Police Sgt. Nathan Alanis.

The suspect hadn't counted on the plane's seven foot wingspan. "He broke it in 20 pieces getting it out the door. He still had a cigarette in his mouth,” said Puzzo.

“He definitely lowered the value. The plane itself was appraised at over $1,000 beforehand. Now, obviously, depending on the circumstances of how badly he destroyed it, he very easily could walk away with nothing unless it was able to be repaired,” said Sgt. Alanis.

Police are hoping the surveillance video helps someone recognize the suspect who took off in a black 2000's Toyota Tundra truck, pulling a U-Haul trailer.

“We are here to support our businesses here and we really want to make sure that we can let them know that if you try and victimize Snohomish businesses, we're going to come after you,” said Sgt. Alanis.

So, whether somebody paid the thief to steal the plane, or he just saw it through the window, Puzzo is still out $1,000 for his insurance deductible to fix the glass on his door. “It's bound to happen. You're in business. This is part of what happens. This one's pretty bizarre though,” said Puzzo. 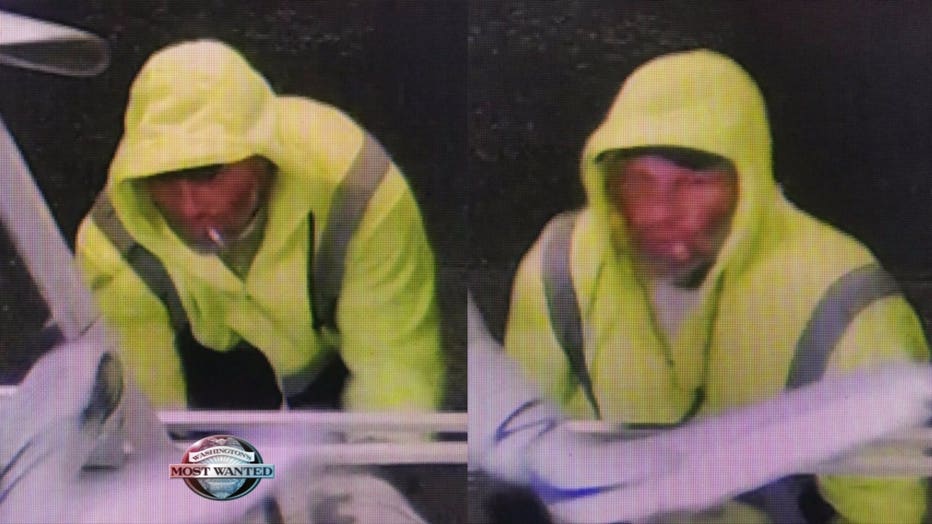