WANTED IN SEATTLE – Detectives need your help solving a vicious assault on an innocent man who was stabbed multiple times in downtown Seattle. The photos above show the suspect detectives are asking for your help to identify as he boards a Metro bus following the attack. You can see he has facial hair and he was wearing prescription glasses. He's carrying a winter fur-lined trapper's type hat and his jeans have holes and cuts in the thighs. The young man police say he attacked tells me he had never seen the suspect before, but he's hoping somebody knows his name. Dax Nicholas is still months away from being able to fully use his right hand. "Cut two tendons along this outside and this side." Surveillance video shows the random attack on 4th Ave. under the Yesler St. overpass on October 25th. Nicholas was walking home from work when he was stabbed five times. "It bothers me that it was so senseless. It could have been anybody,” said Nicholas. Video shows the suspect approaching Nicholas and then lunging at him. “I pull my headphones out and he's like, ‘You don't want to do this. I've got a knife’ and then he shoves me again. I'm thinking, ‘He's not letting me go. Is he robbing me? What's going on?’ So, I hit him in the face." As the two fight, the suspect pulled out a knife with his left hand and stabbed Nicholas in the wrist, shoulders and face. “I ran away, up the road to the fire station and I called the cops."

Detectives say the suspect boarded a Metro bus, but got off when he couldn't find his money. "He then waits for the next Metro bus which he gets on, pays, takes a seat on the bus and travels all the way to what we think is Bellevue, where he gets off,” said Ret. Det. Myrle Carner with Crime Stoppers of Puget Sound. During that ride home, he switched buses. Video shows him bend over to pick up a piece of paper he'd dropped, you can see more of his balding head and hear him as he talks to another rider. "Somebody knows who this guy is and that's the information we need,” said Ret. Det. Carner. The attack happened just a block south of the King County Courthouse -- an area plagued recently by violence. "If you see someone coming towards you and you feel uncomfortable, even if you have to cross the street, or turn around and go back. Do that,” said Ret. Det. Carner. Nicholas said he had never been concerned about walking through the area before, but no longer walks that route home from work. “This dude specifically, there must be something wrong with him,” said Nicholas. And, he believes he won't be the last victim if the suspect who ambushed him isn't caught. "He deserves time for this.” Seattle Police say the suspect is in his 30's, 5’11” to 6’1”, with a medium build. If you know his name, Crime Stoppers of Puget Sound will pay you a cash reward of up to $1,000. You will remain anonymous. Call 1-800-222-TIPS(8477), or use the P3 Tips App that you can download to your cell phone for free. 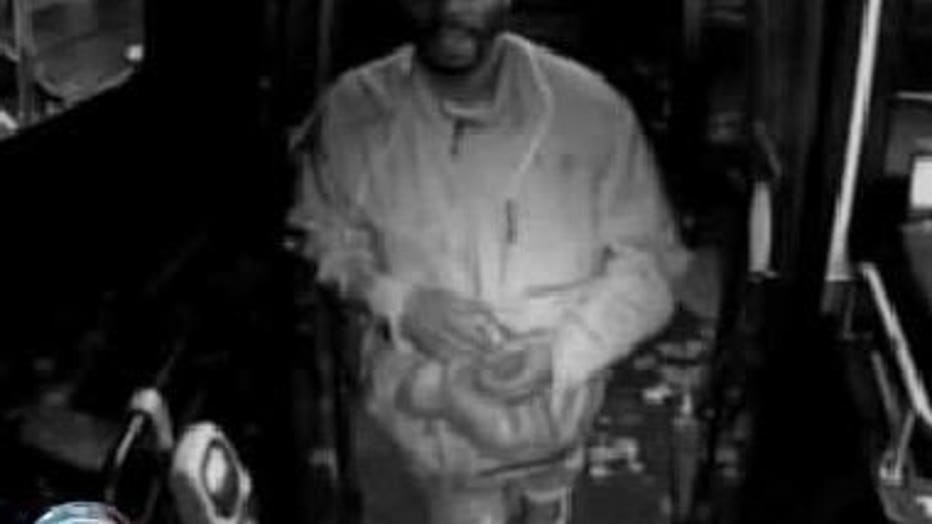