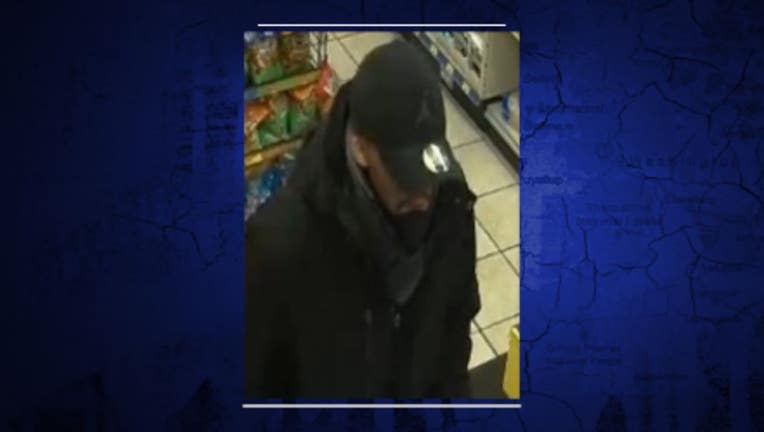 WANTED IN TACOMA -- Tacoma detectives need your help identifying an armed gas station robber they say has hit five times in the last month. Surveillance video from one of his hits shows him take out a gun and demand cash from the clerk. Det. Ed Troyer with Crime Stoppers of Tacoma-Pierce County says he’s part of a dangerous problem. "Right now, we have four armed serial robbers working the south Puget Sound area that are responsible for robbing Pizza Time’s, banks and gas stations.” The suspect is described as a light-skinned black or Hispanic man in his 20's, 6’0” tall, and 170 pounds with dark facial hair. If you know who he is, call an anonymous tip into: CRIME STOPPERS: 1-800-222-TIPS You must call the Crime Stoppers hotline with your tip to be eligible to receive a cash reward for information leading to a fugitive’s arrest. Click here for information on how to text a tip to Crime Stoppers.