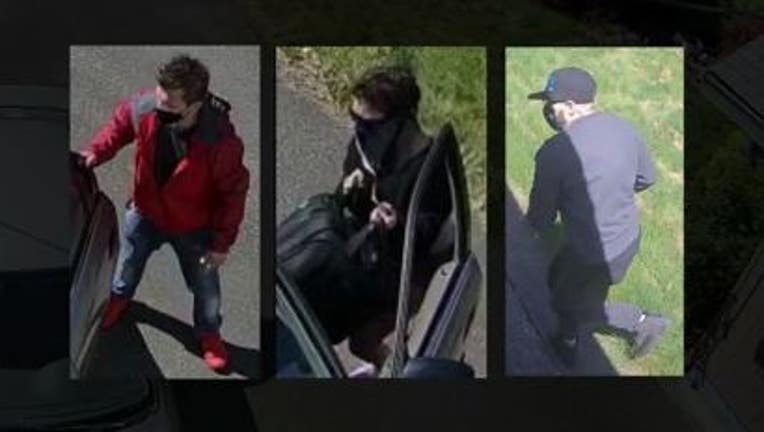 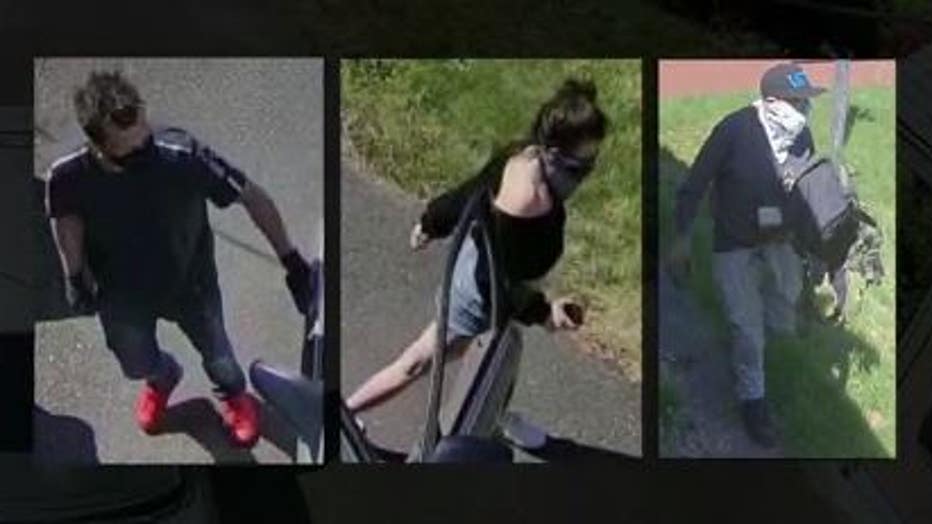 WANTED IN SEATAC - Just a terrible home burglary case out of SeaTac: A trio of thieves looking to make a quick buck shattering a family's sense of security.

Watch the video below to see just how determined they were. You’ll see a man body slam himself against the back door of a home. He bounces right off, but that wasn't his first attempt to get into the house. He tried using a pry tool to force open the door. That’s where you get the best look at his face, glasses and hat when he looks right up at the camera. When he couldn't get that door open, detectives say he and a woman smashed out a window. Detectives want you to pay particular attention to the tattoo sticking out of the top of the man’s sweatshirt that could help you identify him.

They stole as many items as they could, throwing it all into a silver Honda Civic, while the man who lives in this home was at work trying to make a living.

But to make matters even worse, there was a third suspect who came a short time later and also burglarized the house. He was wearing bright red shoes and a red jacket. Deputies say he did some damage to the doors and drywall in the home. You’ll see him in the video go back-and-forth with multiple loads of stolen stuff including tools, electronics, jewelry and other items. 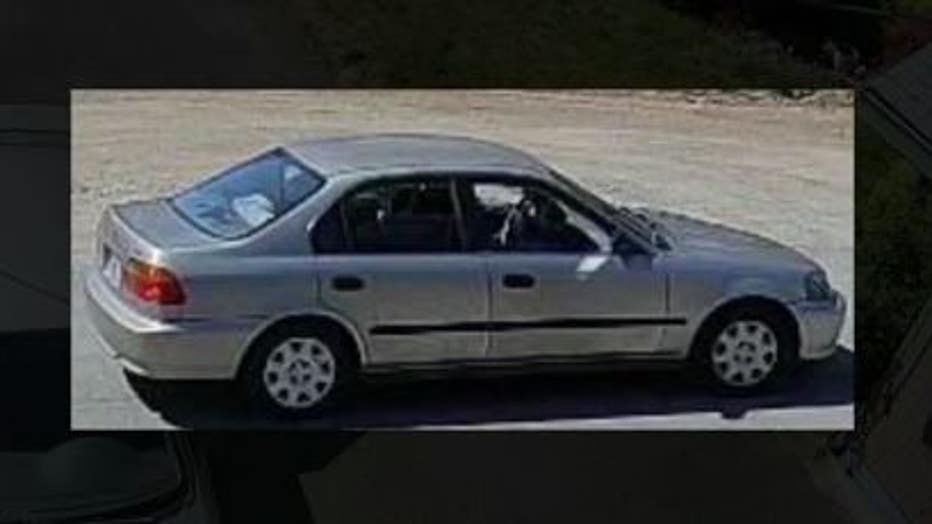 "As we often say, there's no such thing as just a property crime. Behind property are people and we want to make sure we're taking care of them. These things that are stolen, this PlayStation electronics and cameras, those aren't just things, we have memories tied to them. It's that road trip we took with the camera the time with our family on the PlayStation. These aren't just commodities that we can just go out and re-purchase. That's why we're looking for the community's help. Please take a look at these folks. Take a look at that unique hat, tattoos on their neck, those unique red shoes. I think if we put all these things together, these unique things with our suspects and this silver Honda Civic, we're  going to be able to find these folks and bring closure for a family," said King County Sheriff’s Sgt. Tim Meyer.

The civic appears to be a 1990s model and has no license plates, which could mean it's stolen. The victim says he is just heartbroken over what happened. "I kind of could care less about some of the stuff that was taken, but seeing something I had pride for destroyed is really hard for me."

We want to help identify these ruthless thieves who violated a man's sacred space.

If you know who they are, or if you have any information that could help catch them, you will be paid a cash reward of up to $1,000.

Text the tip and any suspect photos you have to Crime Stoppers of Puget Sound through the P3 Tips app. You can download the app to your cell phone for free, or you can call the hotline at 1-800-222-TIPS(8477). It's always anonymous.