WANTED IN SEATTLE -- We love great surveillance photos of crooks, and these are some of the best we've ever seen, showing two suspects who pulled off a frightening -- and violent -- robbery at a T-Mobile store on Aurora Ave. in Seattle. "They go in. They start looking at phones," says Ret. Det. Myrle Carner with Crime Stoppers of Puget Sound. "The clerk asks them if they can help. One of the suspects then takes the clerk and slams him to the ground. Then, they remove wire cutters out of their pocket, cut three phones, and exit the store." Seattle detectives say the first suspect is around 6'2" or 6'3" and 'skinny', with a Boston Red Sox hat, a hooded green, red and black Jamaican jacket. Detectives say he had BMW car keys in his pocket, and was carrying a napkin from a 'Jimmy Johns' sandwich shop. 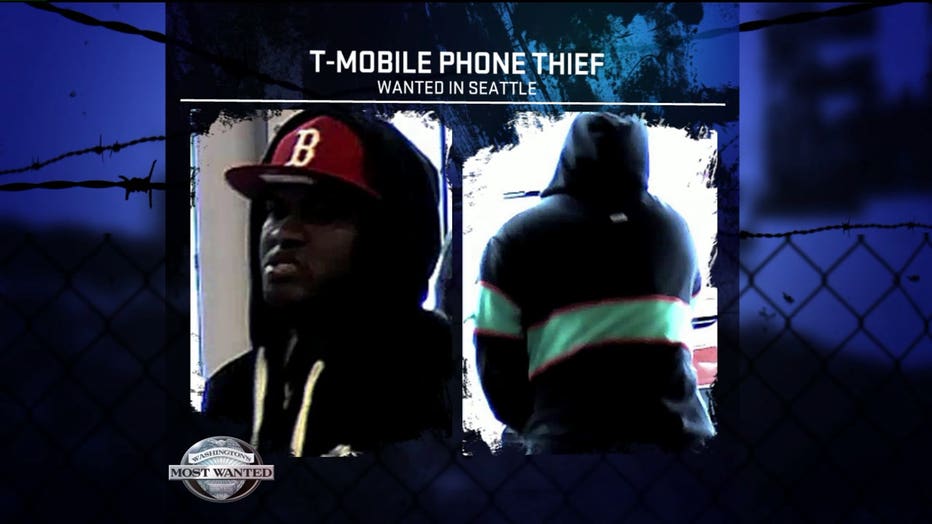 The second guy is 6'0", with a medium build, light skin, a black curly ponytail, and black goatee. Detectives say he's the one who pushed the employee to the floor during the robbery. 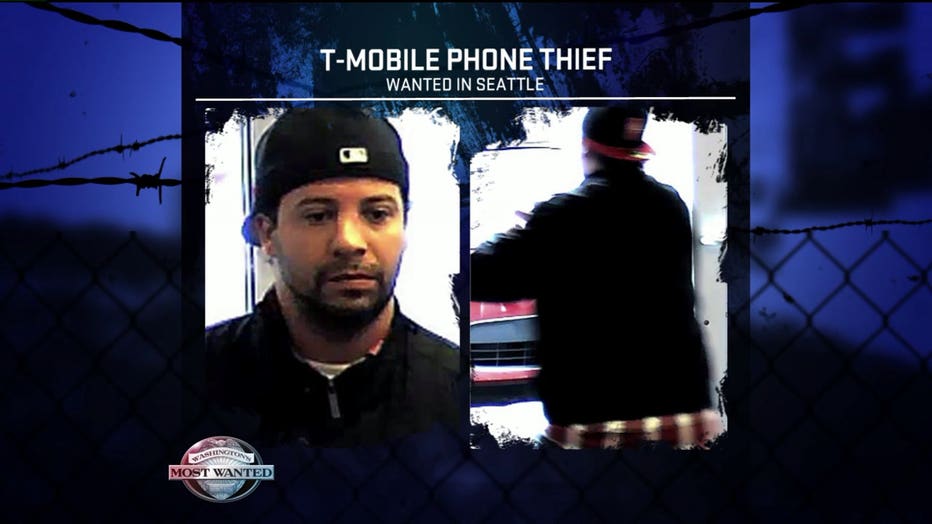 If you can tell Seattle police who either of these accused strong-armed phone store robbers are, call an anonymous tip into: CRIME STOPPERS: 1-800-222-TIPS You must call the Crime Stoppers hotline with your tip to be eligible to receive a cash reward for information leading to a fugitive’s arrest. CLICK HERE for information on how to TEXT A TIP to Crime Stoppers 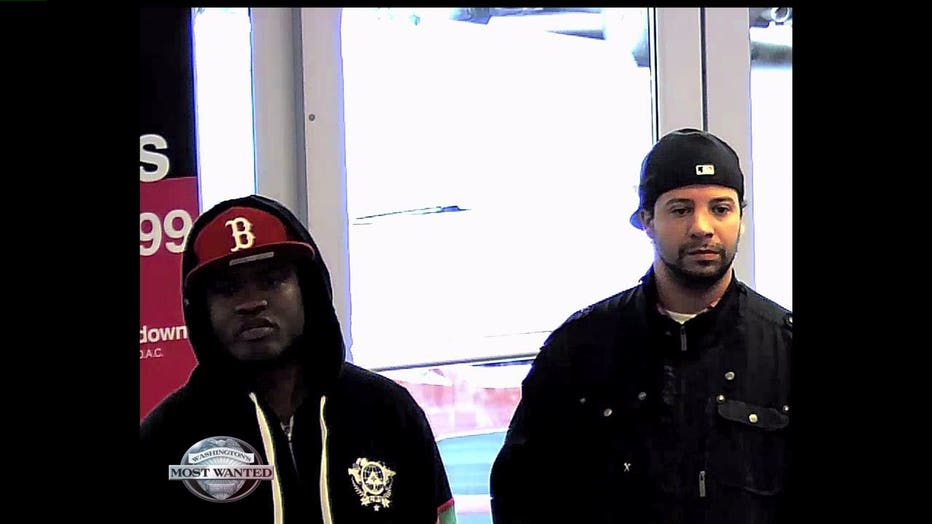