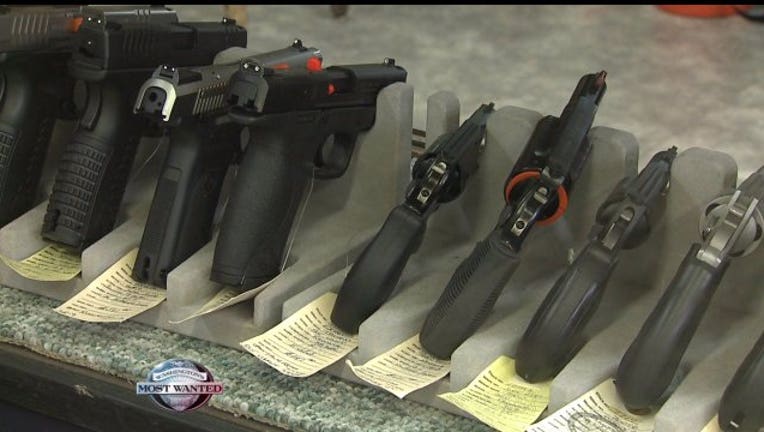 Gun sales have hit record highs across the Unites States recently, so the ATF wants to make sure that everyone is clear on one specific law -- the gun 'Straw Purchase'. Special Agent In Charge Kelvin Crenshaw is the regional director for the ATF. He explains the law. “If I’m a convicted felon and you’re my girlfriend, I would convince you to go to the gun shop, I would pick out the gun that I’d like to have purchased, you would purchase it, fill out the paper work and put your name on the documents." Crenshaw said it’s highly illegal, but it hasn’t stopped some people from trying it. Ret. Det. Tom Giboney manages the Seattle Police Athletic Association, and said he has seen this practice firsthand. “We have a heightened interest if a guest is in with a member and the member’s buying the gun. We listen to the conversation and see if the person buying the gun is getting information from the other person about, ‘Oh I like this one better.’ Those are the kind of the cues that you look for." The 4473 form has to be filled out by any one who is purchasing a gun. It has a question that specifically asks if the gun is for the person filling out the form or if it is for someone else. Crenshaw said that lying on this form could land you in jail for up to 10 years. So how difficult is it to prove that someone lied on the form? Crenshaw says, “it takes some investigating, but it’s really not as difficult as you think it is.” The law does have one exception, however. “You could go buy that firearm as a gift for someone, and the law states that if you’re buying it as a gift you have to be reasonably sure that the person you’re transferring it to is a non-prohibited party,” Crenshaw said. “If you’re using your own money because someone has told you to purchase a gun, it’s still an illegal purchase.” Giboney has been able to stop straw purchases before the background check even begins. If he thinks someone is lying, he says he “just tells them to leave. They can’t buy a gun. Or we tell them that they’re not wanted here. We’ve had members that have been kicked out.” So the best rule of thumb is that if  the gun isn’t for you or a law-abiding member of your family, don’t get involved.