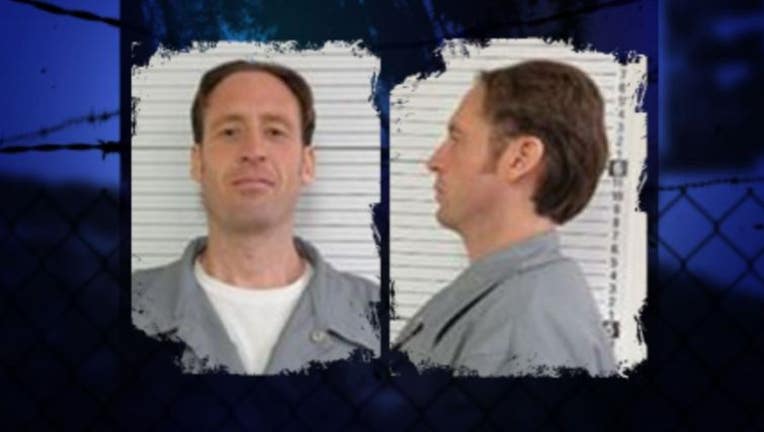 WANTED BY DOC IN SNOHOMISH COUNTY -- A convicted bank robber who really knows how to write a terrifying demand note is on the run. Stephen Haff was living in Lake Stevens when he robbed the U.S. Bank inside the Albertsons in Marysville back in 2011. He was sentenced to four years in prison for it. Now he's breaking probation in Snohomish County on the bank robbery where his chilling demand note ended up getting him busted. This is exactly what it said: "My partner is in the parking lot with a police radio. If you hit the alarm, he will know and start shooting. I am armed as well. You have 30 seconds to get me $100,000 in $100 dollar bills. No marked bills, dye packs or tracking devices. You can call the cops 5 minutes after I leave. If you call before then my partner will know and start shooting. Give me this note back. Your time starts now." But, the teller did not give the demand note back, and the fingerprint Haff left on it is what got him identified and arrested. He has a long criminal history in Florida, including several domestic violence charges, assaults and burglary. He's 6'4" and around 200 pounds. He's known to use the fake name "Kayser Black." If you know where Stephen Haff is hiding, call an anonymous tip into: CRIME STOPPERS: 1-800-222-TIPS You must call the crime stoppers hotline with your tip to be eligible to receive a cash reward for information leading to a fugitive’s arrest. Click here for information on how to text a tip to Crime Stoppers.