Here's a look at the suspect who walked into the Chase Bank inside the Fred Meyer on Meridian Avenue in the South Hill area. 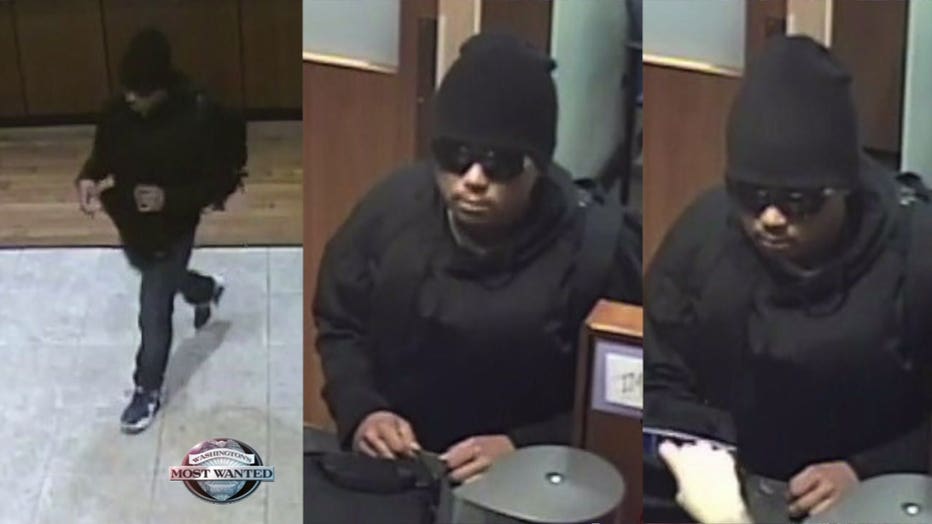 Detectives say it's possible he's the same suspect we featured last week for a similar bank heist in late Decamber.

"We had a bank robbery where the suspect walked him displayed a note. Once again it mentioned something about an explosive device, so we're taking a look at this particular robbery with others to see if they match," Pierce County Sheriff's Det. Ed Troyer said. "If it's the same suspect, then we're working with other agencies and trying to determine who's responsible for some others, but we have some decent photos from this one and our last bank robbery. We're putting them out there hoping that somebody can identify and recognize a suspect and give us a call."

The bank robbery in December happened at the TAPCO Credit Union in Tacoma. 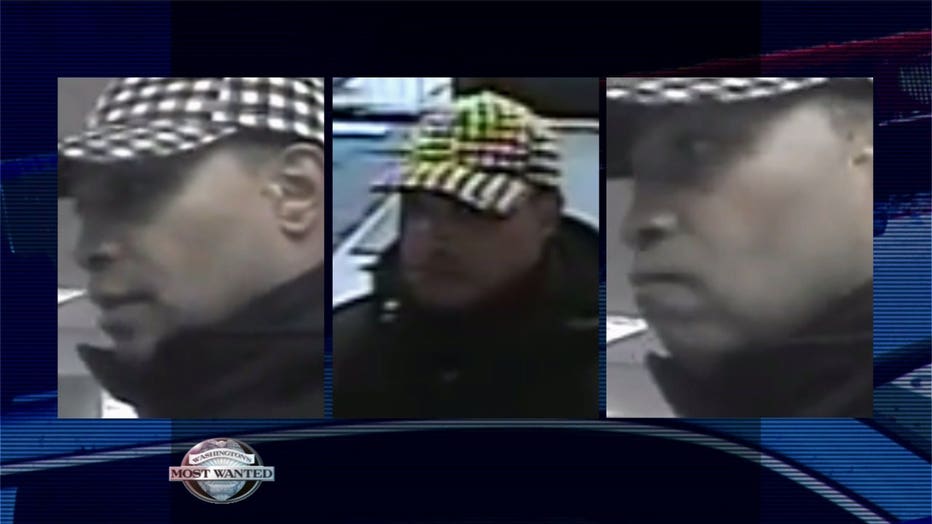 He's described as being in his 40s, around 5'7" tall, with a stocky jacket and wearing a plaid baseball cap.

The suspect in Tuesday's Chase Bank robbery carried a black backpack and a soft-shell briefcase.

If you have any information on either case, leave an anonymous tip with Crime Stoppers by calling 1-800-222-TIPS or by using the P3 Tips app on your phone.