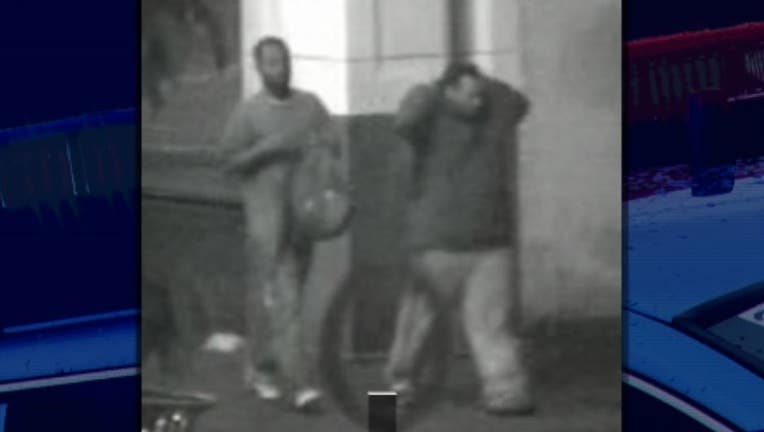 WANTED IN SEATTLE -- A beating victim is recovering after two men jumped him as he walked out of the 7-Eleven on 3rd Ave. in downtown Seattle. Surveillance video shows the two attackers that detectives are trying to identify. One suspect is seen smiling as they walk away from the victim who was knocked unconscious, left with a broken nose and shattered bones in his face. “All of a sudden, the suspect just hauls off and smacks him, knocks him down and walks away,” says Ret. Det. Myrle Carner with Crime Stoppers of Puget Sound. “Another suspect grabs this guy while he`s down and continues to smack him and smack him, drags him over to the store and continues to pummel this guy until he`s totally unconscious. Another witness that came up evidently was sick and tired of this and actually kicked one of the suspects that was over the victim. Also in the video you see the suspects walking away. Two of them. One`s kind of tall and a little bit slender, the other one is a little short, stockier, has a jacket with a hoodie on. This is an uncalled for, vicious attack. These guys are lowlifes that pick on these people downtown and we`re sick and tired of it."

If you can tell Seattle detectives the names of these two violent street attack suspects, call an anonymous tip into: CRIME STOPPERS: 1-800-222-TIPS You must call the Crime Stoppers hotline with your tip to be eligible to receive a cash reward for information leading to a fugitive’s arrest. CLICK HERE for information on how to TEXT A TIP to Crime Stoppers