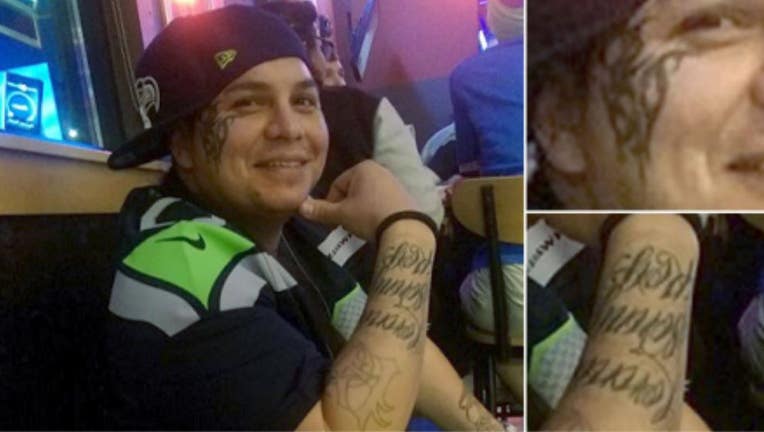 WANTED IN YELM -- A night at the casino turns into a bullet wound for one gambler after Yelm detectives say he couldn't make good on paying back the money he borrowed. Detectives think he's Native American, but they need to know his name. They really want you to look close at that big tattoo he's got on the side of his face and cheek and all the ink on his arm. Detectives say he has a ponytail and was only known to the victim as ‘Mike.’ Detectives say it all started with the two hitting the slots together and the victim losing a bunch of the accused shooter’s money. "He shot a gentlemen over $600 in the leg in the femur area. He actually had to have a metal rod put in his leg to repair that,” says Yelm Police Det. Bill DeVore. “It was over an argument that was money owed and as the situation escalated he took him in his vehicle by force to another residence within the Yelm city limits demanding the money. When he was unable to the get the money and law enforcement was called, he fled the scene. The video we have is a video of him with the victim at the Red Wind casino. It shows they were there for several hours."

If you recognize him, call an anonymous tip into: CRIME STOPPERS: 1-800-222-TIPS You must call the Crime Stoppers hotline with your tip to be eligible to receive a cash reward for information leading to a fugitive’s arrest. CLICK HERE for information on how to TEXT A TIP to Crime Stoppers