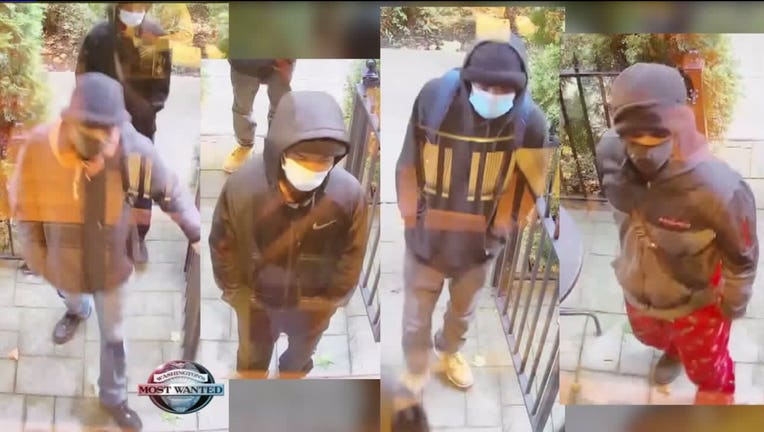 WANTED IN SEATTLE - Seattle Police are hoping you can help identify the four suspects seen on surveillance video during a terrifying takeover robbery at a jewelry store.

Two of them approached the shop in north Seattle right at closing time on October 10th. When the owner opened the door a crack to let them know that it was appointment-only, they forced their way inside, followed by two more suspects.

Police say all four suspects are black and 18 to 21 years old.

Two of them were armed with handguns and one had a large hammer with him.

"What you don't see on the video is kind of a serious thing. One of the weapons was produced and took the female clerk to the back of the store, actually put the gun right to her face. She cowered, kind of scared to death and got down and rolled up into a ball and just refused to look. The next thing you know, they went on with the robbery and they left and she finally got up,” described Ret. Det. Myrle Carner with Crime Stoppers of Puget Sound.

A nearby businesses surveillance camera caught them in the parking lot carrying multiple cases of high-end antique rings valued between $75,000 and $100,000. Detectives say the suspects took off running and then got into the beige 2005 Audi A6 pictured below. “It’s registered to an elderly female. Obviously, she`s not involved in the robbery. The vehicle has not been recovered, so there`s a lot of little things we need help with, mostly concentrate on the clothing and see if you recognize the individuals and let us know,” said Ret. Det. Carner. 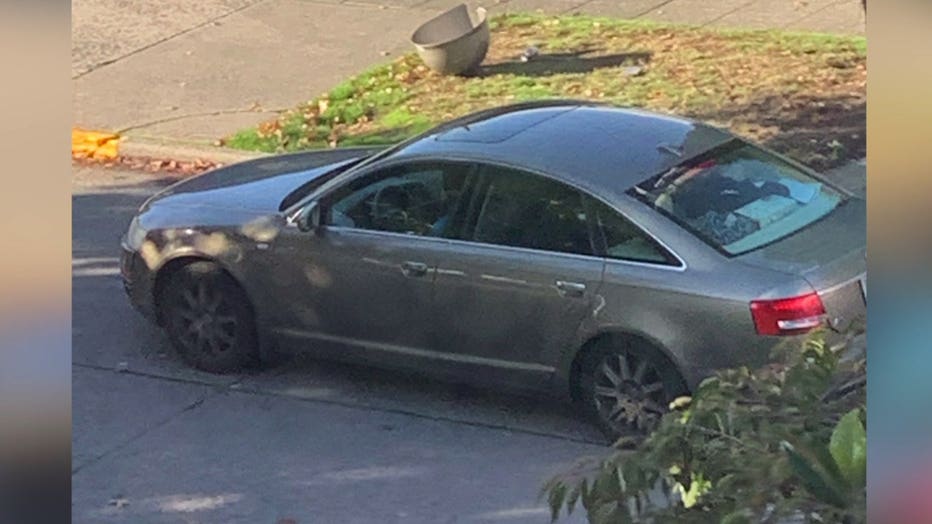 Detectives say in addition to the jewelry, they stole a MacBook Pro.

They were wearing black hoodies, beanies and masks.

If you know any of them, or can tell Seattle Police where to find that beige Audi, please submit an anonymous tip to Crime Stoppers of Puget Sound. You will receive a cash reward of up to $1,000 if your tip leads to an arrest in the case. Use the P3 Tips app on your smart phone, or call the hot line at 1-800-222-TIPS(8477).