Father of three with one on the way killed in Seattle

Police are trying to find the person who shot and killed Chris Dailey near Woodland Park.

SEATTLE - Who shot and killed Chris Dailey near Woodland Park? That's what his friends, family and Seattle Police homicide detectives want to know.

A large group of loved ones gathered in the rain on Saturday along Aurora Avenue N. for a candlelight vigil.

"Everybody that knew Chris loved him. He was very generous and had the biggest heart," said Maria Stevenson, who has a young child with him. "My daughter is going to grow up wanting to know who her dad is and she’s never going to get that opportunity to know her dad or to call him or tell him she loves him or she needs him."

The 38-year-old father of three with a baby on the way was found shot to death early Wednesday morning, Dec. 30th, in the 5000 block of Aurora Avenue North.

A passing motorist called 911 around 2:30 a.m. after seeing his body in the roadway. His friends say he had been shot multiple times in the back and believe he was the victim of a robbery. 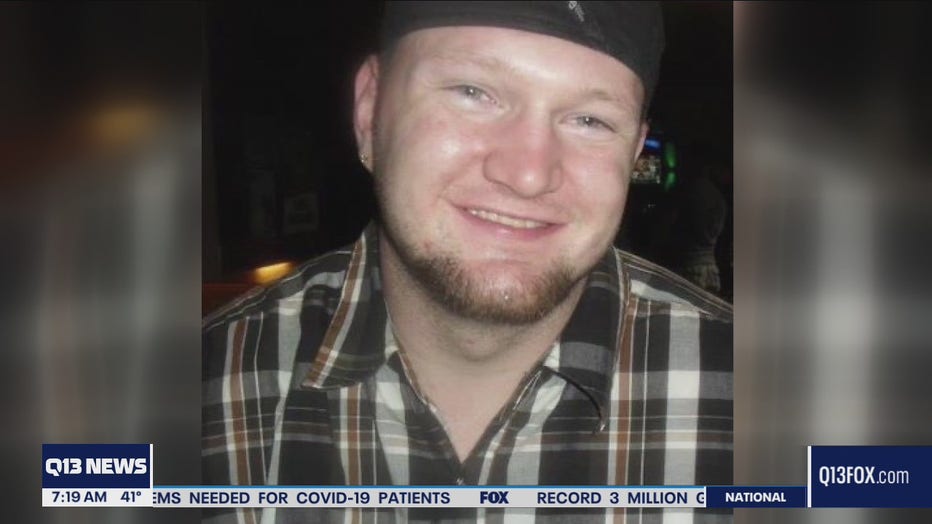 "I'm stuck. I can’t get out of my head about it. He’s been my best friend for like, 18 years," said Summer McGeorge, who organized the vigil. "If you didn’t have shoes, then Chris was taking his off. He was a very, very special guy."

She says that whoever killed Chris didn't know him.

"He just was such a bright light. He was so special that even if you didn’t like him, you still would never want bad on him. The person that killed him didn’t know him at all because they would have never killed him," said Summer.

Chris had been living in a tent for the last 6 months near where he was found murdered. He loved the freedom and the woods.

"I just hope that whoever did this gets caught and has to face everybody that Chris loves in trial and is held accountable for what he did to him and his whole family who loved him," added Maria.

If you have any information that can help Seattle Police identify the suspect, please submit an anonymous tip to Crime Stoppers of Puget Sound for a $1,000 cash reward. You will remain anonymous. Call 1-800-222-TIPS (8477) or text the information through the P3 Tips app that you can download to your cell phone for free.