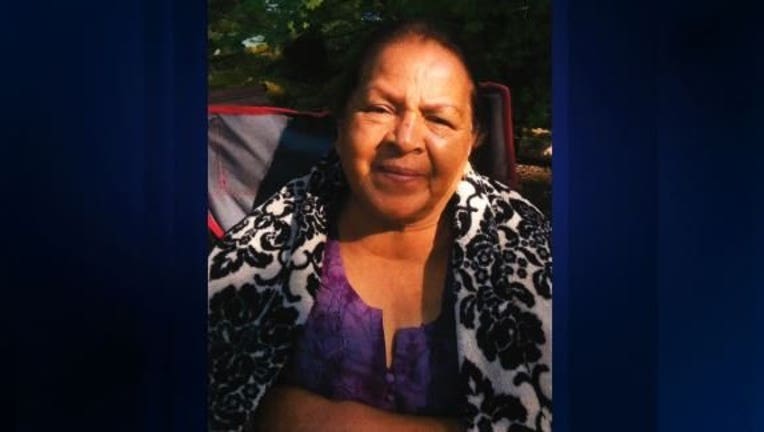 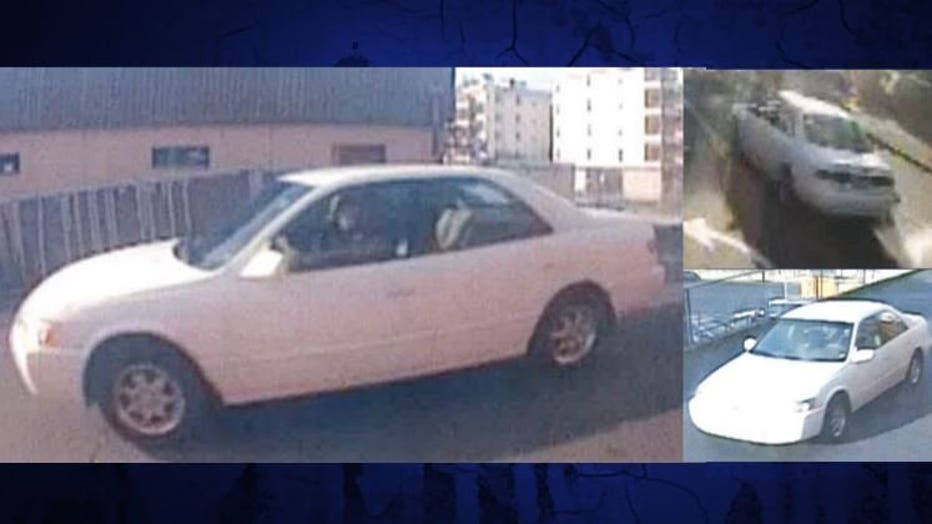 77 year old Lourdes Banda and her husband were trying to cross a street in Lake City when a driver hit both of them and then took off.

Her husband lived, but Lourdes later died of her injuries.

Detectives have been trying to find the car pictured above since it happened on September 30th, 2019. It’s a white 1997 to 2001 Toyota Camry. It likely had damage to the front bumper, hood and windshield.

A still shot from the video shows the driver. There is no good description of them, but the victim's son and husband say whoever the suspect is, needs to know how much pain and grief they’ve caused through their reckless actions.

Alfredo Banda says his mother was always happy and a natural caregiver. “She liked to help lots of people. That's how I can describe my mom. Always there for somebody."

Now, he's trying to help his dad, Augustin, live every day without the woman they miss, a mother to four sons.

What that driver did is deplorable. The scene of the cold-blooded hit and run is now marked by a cross for Lourdes. It was just before 9am on September 30th. Lourdes and Augustin had taken the bus to Lake City. They wanted to cross the street to go to the community center on the other side of NE 125th St. They looked both ways and saw no cars coming. Augustin doesn't speak English, so his son translated his description of what happened next. "They crossed and when they crossed, this car came right behind them and he hit my mother and what he only knows about it is waking up in the middle of the street, looking for my mom and she was a few feet away, laying on the ground, still with him."

At first, the injuries to Lourdes didn't seem life-threatening, but at the hospital, Augustin had only a brief moment to speak with his wife before she died. “It changes the whole perspective of this case. Now we have a hit and run fatality,” said Ret. Det. Myrle Carner with Crime Stoppers of Puget Sound.

Seattle Police interviewed three people who saw the white Camry turn left at 28th Ave. NE and hit the couple on NE 125th St. “According to witnesses, he accelerated. He struck them right in the middle of the street. None of them said that the vehicle even slowed down,” said Ret. Det. Carner.

The Camry continued eastbound and then turned through the Union Bank parking lot. The impact with the couple knocked-off one of the windshield wipers found at the scene. "We've done all kinds of area searches. We've pulled all the VINS and license plates for that zip code, but we haven't found that vehicle,” said Ret. Det. Carner.

Crime Stoppers of Puget Sound is posting fliers in the area offering a $1,000 cash reward to anyone who can help locate the car, or identify the driver.

Akira Ohiso runs the Seniors Program at the Lake City Community Center, where Lourdes and Augustin were regulars. “It was a shock. She was like the Earth Mother of this place,” said Ohiso. He says her death is felt every day. “Never judged anyone, just really loved coming here, loved life, loved her family.” A family waiting to see if justice will be served. “I just want to hope they catch this guy, so they can remove him out of the streets, so they don't do anything else to somebody else again,” said Alfredo.

If you can help solve this case, please submit a tip right now to Crime Stoppers through the P3 Tips App on your smart phone that you can download for free, or at 1-800-222-TIPS(8477). It is anonymous.