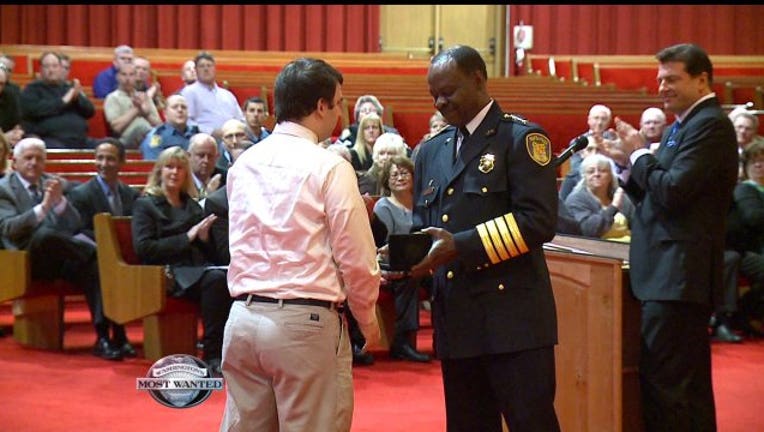 SEATTLE -- It took more than 100 years in some cases, but the families of 31 Seattle officers killed in the line of duty received the Medal of Honor for their loved ones' sacrifice -- during an emotional ceremony this week. Valerie Gilbert' grandfather, Volney Stevens was shot and killed by car thieves in 1921 near the Howe Street Bridge. He returned fire hitting two of the suspects before collapsing. Washington's Most Wanted Host David Rose was honored to join Interim Chief Harry Bailey for a special ceremony at criminal justice training facility in Burien -- where 20 of Volney's family members accepted his medal. "I think it's wonderful.  It's long overdue.  I just wish my aunt who died four or five years ago could have been here for it. In the middle I started crying a little bit," said William, Volney's great-great-great grandson. The Medals of Honor were actually awarded to all of the officers by the state back in 1998, but only four families were able to attend the ceremony. Captain David Emerick and Officer Mike Severance spent months tracking down the family members of 20 fallen officers. The rest were delivered by members of the Honor Guard. "We don't forget our guardians, and these people gave their lives in service to the community, and they were our guardians and we need to honor them," said Captain David Emerick of the Seattle Police Department.