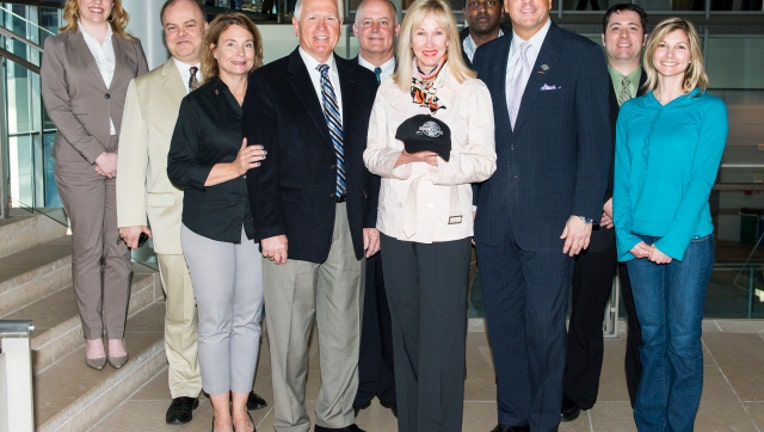 400 fugitives captured, and now, Q13 FOX’s 'Washington's Most Wanted' show is being recognized for the impact it's had in Seattle. With great help from Crime Stoppers of Puget Sound, WMW and show host, David Rose, helped catch its 400th fugitive since the show debuted in 2008. On Monday, Seattle City Councilmember Bruce Harrell presented a proclamation, congratulating CSOPS & WMW on its 400th capture, and honoring the day as "Washington's Most Wanted" and "Crime Stoppers of Puget Sound " Day in Seattle. Councilmember Harrell spoke directly to WMW's David Rose and CSOPS's Myrle Carner. “Your leadership in helping our police department, in helping our city and our region is just incredible and awesome.” "When you combine Crime Stoppers of Puget Sound and Washington's Most Wanted you have a very formable crime fighting team," says Carner, Director of Law Enforcement Services for CSOPS. "When you take 400 dangerous fugitives off the street you literally are stopping hundreds & hundreds of future crimes. Next to the founding of Crime Stoppers in 1976, and breakthroughs in DNA, WMW in my mind is one of the most powerful tools in the history of law enforcement." Q13 FOX General Manager, Pam Pearson thanked the council, and emphasized the importance in helping keep the community safe. "There is no greater contribution I feel we can make to the town that we live in, and work in, than to contribute in such a way as we contribute to the public safety." WMW and Crime Stoppers of Puget Sound thanked the council by giving each member a special commemorative 400th capture hat