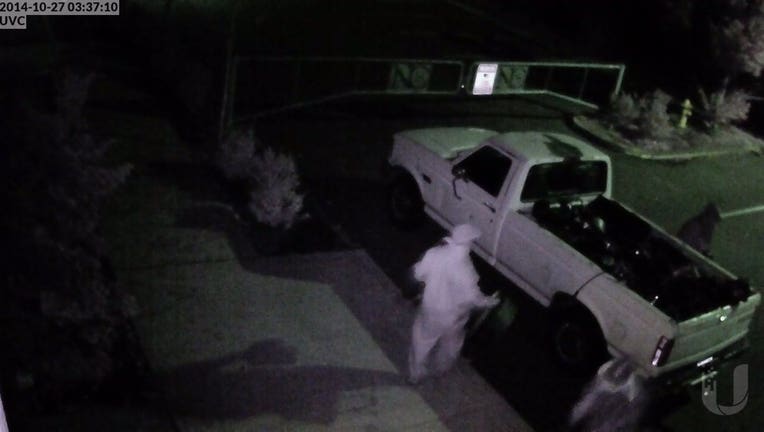 WANTED IN PUYALLUP -- Police are searching for a group of coordinated thieves whole stole thousands of dollars' worth of musical instruments recently from a private school, decimating the school's music program. Thieves took four hours to pilfer Northwest Christian School in Puyallup of around $10,000 in musical instruments, principal Craig Mattson told Q13 FOX News. It appeared one of a group of four thieves even hid out inside the school before it was closed, Mattson said, allowing them access to the building. The suspects took time to load up their white pickup full of instruments and some electronic equipment. However, less expensive equipment was left behind, suggesting the crooks knew what they were targeting.

The school's music program is on hold until school administrators can figure out how to replace the instruments. Until then, Mattson hopes people can recognize the thieves or their truck and bring them to justice. "People are feeding their addiction, whether it's an addiction or greed or poverty or whatever it is, by hurting kids," Mattson said. "It's just sickening, absolutely sickening." Anyone who has information on these thefts should call the Puyallup Police Department or Crime Stoppers at 1-800-222-TIPS.