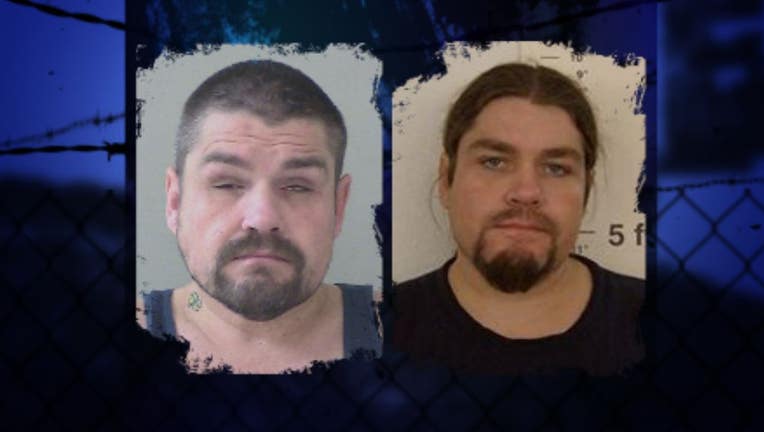 WANTED IN FRANKLIN COUNTY and by DOC IN TRI-CITIES -- High-Violent Offender, Robert Pyke, is missing in the Tri-Cities. His mug shot shows the injuries he got after he'd been shot in the face and partially blinded by a guy Department of Corrections officers say Pyke intended to hurt first. He has two warrants in Franklin County for that melee -- one for Assault with a Deadly Weapon, the other for being a felon with a gun. He's also breaking probation on a meth bust in Benton County and has a bunch of criminal history in Idaho, Colorado, and Arizona -- where he almost got away with deceiving the courts about who he really was. "Over the course of three weeks, Pyke was in custody in the Maricopa County Jail in Arizona,” says DOC Ofc. Emily Isaacs. “He had the courts, the prosecutor’s office, the attorneys, the sheriff's department, everyone convinced that we was not him, and that he was his brother in an effort to try and get released. Obviously, it didn't work to his favor. They ended up finding out who he was." It was actually the DOC officer who supervises him in the Tri-Cities that foiled Pyke's fake identity ploy. 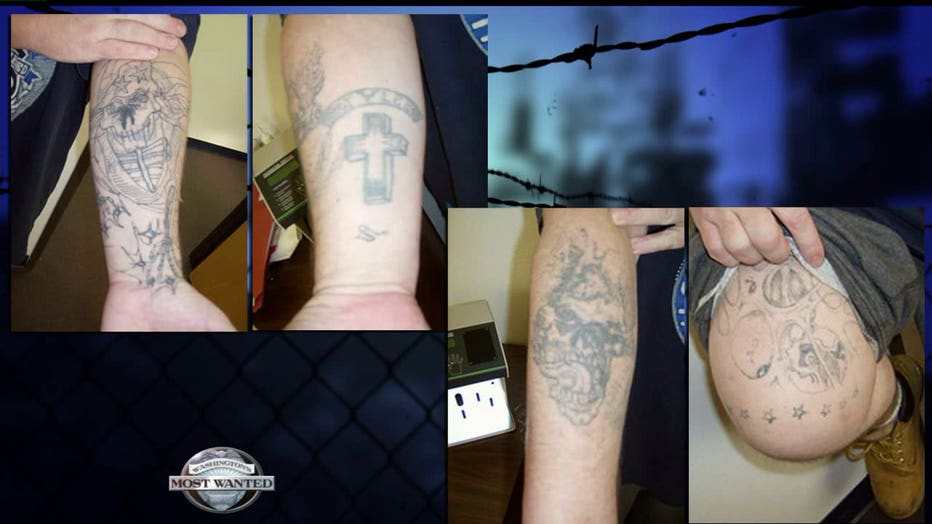 He’s inked with a ton of tattoos, including a four-leaf clover on his neck. If you know where he’s hiding, call an anonymous tip into: CRIME STOPPERS: 1-800-222-TIPS You must call the Crime Stoppers hotline with your tip to be eligible to receive a cash reward for information leading to a fugitive’s arrest. CLICK HERE for information on how to TEXT A TIP to Crime Stoppers