Police are searching for these suspects responsible for a spree of armed robberies in Seattle. 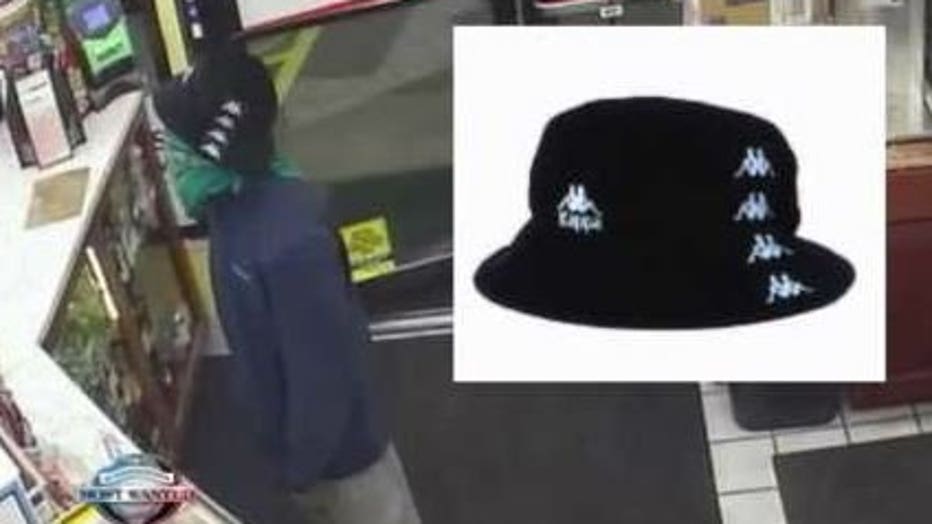 Surveillance video shows how each of the robberies happened: a gunman comes in first. In two of the robberies, the suspect was wearing a distinctive Kappa bucket hat, blue jacket and green bandana and armed with a silver slided semi-automatic pistol. A second suspect holds the door open and sometimes comes inside, and a third suspect stays outside as a lookout. The video from the third robbery at the Shell station on NE 45th Street shows how eager they are -- even jumping up to get the money.

"As soon as they leave he just cowers down. Obviously, they've threatened him," said retired detective Myrle Carner. "In fact, one of the clerks said that the guy said, 'Give me the money or I'll kill you.' Well, you got to take that at face value and judging by the way he hands that weapon he very well could kill someone."

The suspect seen with him in that robbery wore a white hooded jacket, khaki pants and carried a gray backpack. Detectives think there are three to five people involved including one with red shoes and the black puffy North Face jacket. Police say all are black and between 5' 5" tall and 5' 8" tall except one suspect in the Shell station robbery who is closer to 6'. He was wearing a black jacket, black bandana, black pants and black-and-white shoes. In two of the cases, video shows them approaching the stores on one foot. One suspect even stops to tie his shoes before the robbery.

"We believe there's a car involved, although we don't have a license plate or anything," said Carner. "One witness vaguely said it looked like a large four-door sedan, a dark-colored one."

Detectives are hoping someone recognizes that distinctive hat worn by one of the gunmen or has heard them bragging about the crime spree.

"Are they're going to quit? Probably not," said Carner. "They got some substantial cash in these cases and that motivates them to do more things."

If you have any information to help Seattle police identify these pattern robbers before they hit again, Crime Stoppers of Puget Sound will pay you a cash reward of up to $1,000. You will remain anonymous. Submit a tip at P3tips.com or use the P3 Tips app that you can download to your smartphone for free. 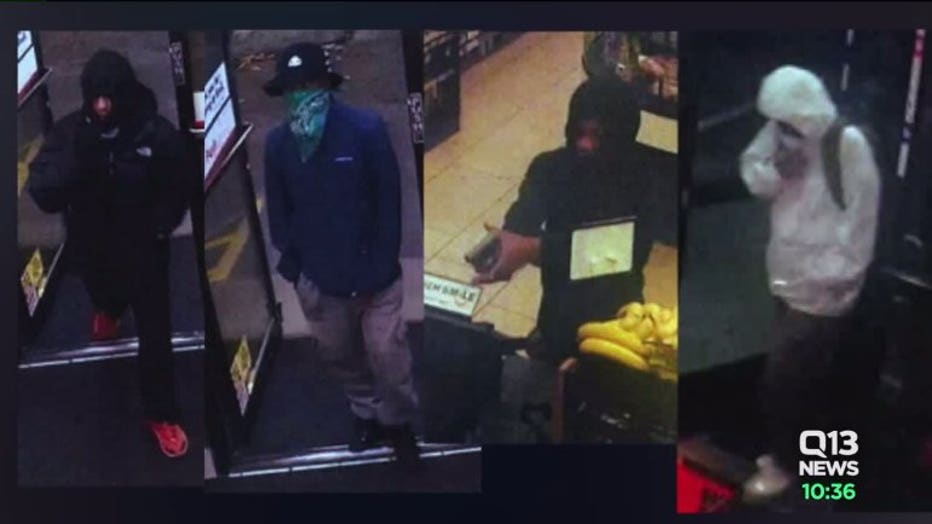