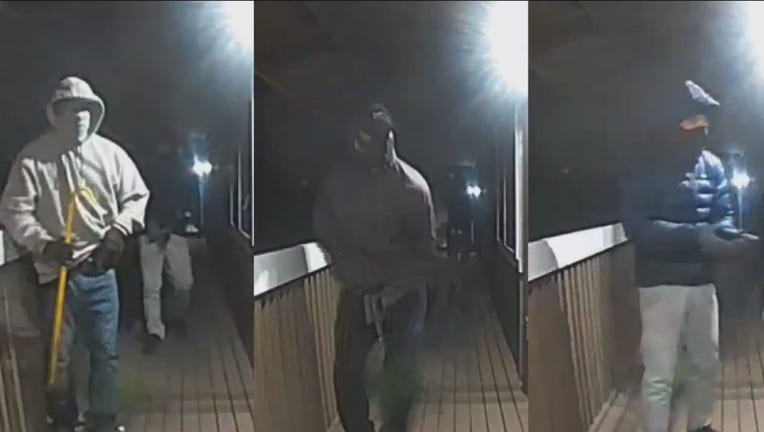 WANTED IN RENTON - A family in Renton says they haven’t had a single night’s rest since three armed suspects kicked in their door in the middle of the night.

“Terrifying, we’ve really ... sorry, I get emotional because every time you hear anything at night, a creak in the floor when the furnace kicks on, you’re like, is somebody in the house?" said Jodi who requested her last name be withheld for her family’s safety.

At around 3:45 a.m. on November 12th, their ring camera alarm alerted Jodi and her husband - who were asleep in bed - that someone was approaching their door. Then, they heard footsteps.

A family in Renton says they haven’t had a single night’s rest since three armed suspects kicked in their&nbsp;door in the middle of the night.

“So we start getting out of bed and then we hear a bang on the front door and I’m walking down the hall and then, poof,  the door busts open and I see the molding go flying across the room and then they come in and they’re like, ‘police, freeze, police’. And then I was like, it’s the cops?” said Jodi.

It wasn’t the police. It was three armed men with handguns.  One suspect also had a yellow crowbar in his right hand. Jodi yelled out as she approached the door and the three turned and took off running before her husband could get his gun.

Jodi’s daughter, Tessa,  and toddler grandson woke up to her screams.

“I’m very scared that there’s a baby here. He could have gotten harmed. We really want them caught,” said Tessa.

They have since reinforced the door so it can’t be kicked in again.

Detectives are hoping somebody can identify the trio of home invasion suspects before they do it to another innocent family. The victims have lived in the house in the Talbot Hills neighborhood for about 18 months. Neighbors and police say before the family moved in, the previous tenants were involved in drug activity.

“I’m guessing they picked the wrong house. I don’t know why they would be coming after us,” said Jodi. 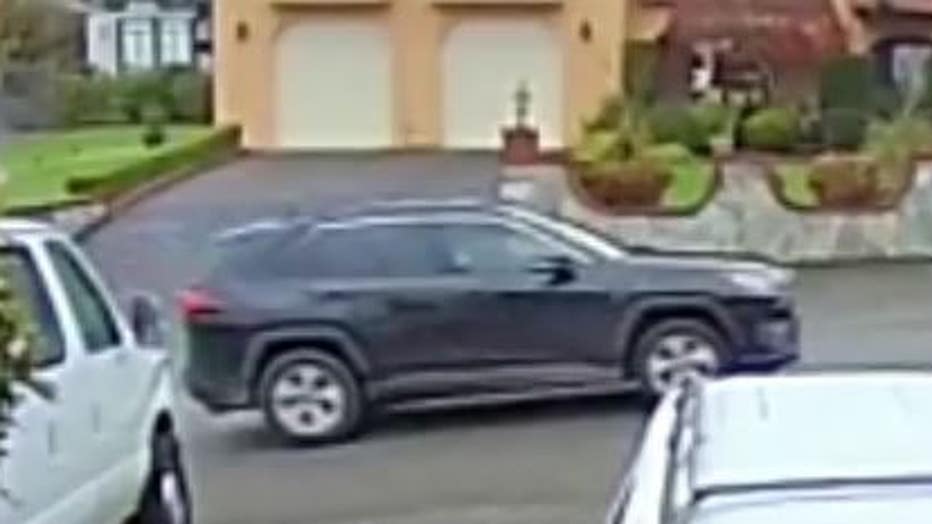 When they went back looked at their surveillance video, they saw the same small SUV that drove slowly by their home five times, both day and night.  They live on a dead-end street. They also spotted a suspicious red pickup truck and two hooded figures walking by their home which is unusual to see on their street where all of the other neighbors have lived for decades.

Detectives canvassed the neighborhood for video and found images from a nearby home that showed a dark sedan seen three minutes before the break-in. Renton Police are asking for any tips with information on the vehicles or the three armed suspects.

“Our thought is that somebody out there must know these folks, either because of what they can see on video, what they can hear, general appearance. We are welcoming any tips that kind of tell us about who this is so we can keep them from doing this to somebody else,” said Det. Robert Onishi.

Until the suspects are caught, Jodi says they just don’t feel safe anymore.  “It’s not right. I want these guys caught.  I don’t want them to do this to anybody else,” she said.

If you can help Renton Police identify the suspects, please send a tip to Crime Stoppers of  Puget Sound through the P3 Tips App on your cell phone or call 1-800-222-TIPS (8477). You  can also submit tips at www.P3Tips.com. It is completely anonymous.  You will receive a cash reward of up to $1,000 per suspect if  your tip leads to their arrest.