OLYMPIA - 'Tis the Season again to be part of a great event that supports Crime Stoppers of South Sound.

The annual ‘Reindeer Run’ is the non-profit crime-fighting program's biggest fundraiser of the year and is so important to help raise the money used to payout the Crime Stoppers tips that help solve cases.

It's happening again at the Regional Athletic Complex in Olympia on December 15th.

You'll get a cool reflective armband just for signing-up for the certified 5k run.

"The kids and the adults can come out. They can meet a whole bunch of police officers. We'll have Thurston County Sheriff's Office out there. We'll have Lacey Police Department, Olympia Police Department. We'll also have the firefighters out there and all sorts of first responders, so it's a great interaction. We'll even have Santa Claus there greeting the kids and giving out candy canes,” said Lacey Police Det. Jon Mason. 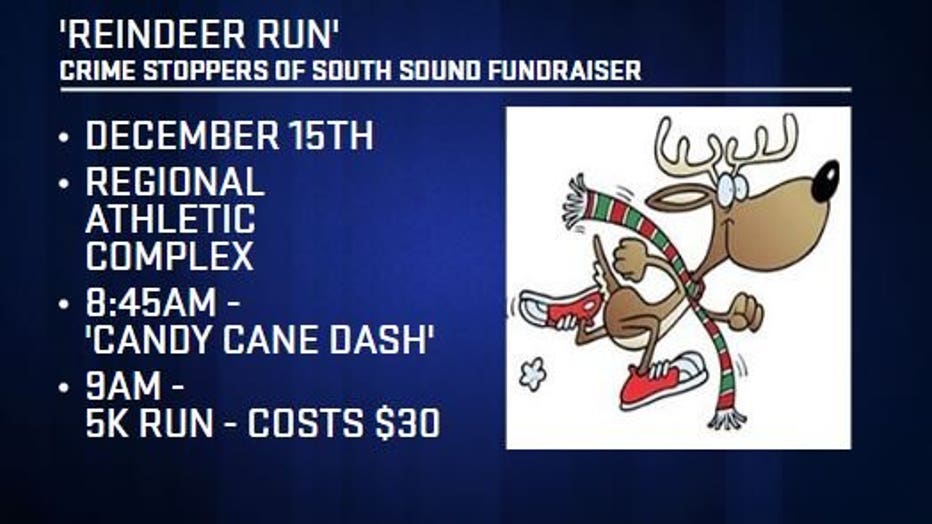