SEATTLE -- Faye George puts a lot of pride into the food she serves at Thai Savon on Martin Luther King Jr. Way in Seattle’s Rainier Valley.

"Khao Nam Tod is the number one seller in my restaurant,” said George.

She opened the eatery a year ago on Christmas Day and cares about her community.

"I want my customers to be safe coming here to eat and enjoy their food,” she said.

That’s why she is sharing surveillance video of a thief who stole the money out of the restaurant’s tip jar Monday afternoon.

"It makes me so mad, it's bugging me,” said George.

Her daughter also helps out and was angry when she found out the tip money had been stolen.

"People are giving it to us as a thank you and he basically stole our thank yous," said Bryana Sayavong.

She added a note to the tip jar that says, "So stealing of course is a crime, and it's also a very impolite thing to do and that's by Lemony Snicket. The thief didn't just steal from us but they stole from our customers as well who tipped us," she said.

They are hoping someone recognizes the thief and calls Seattle Police or Crime Stoppers at 1-800-222-TIPS. 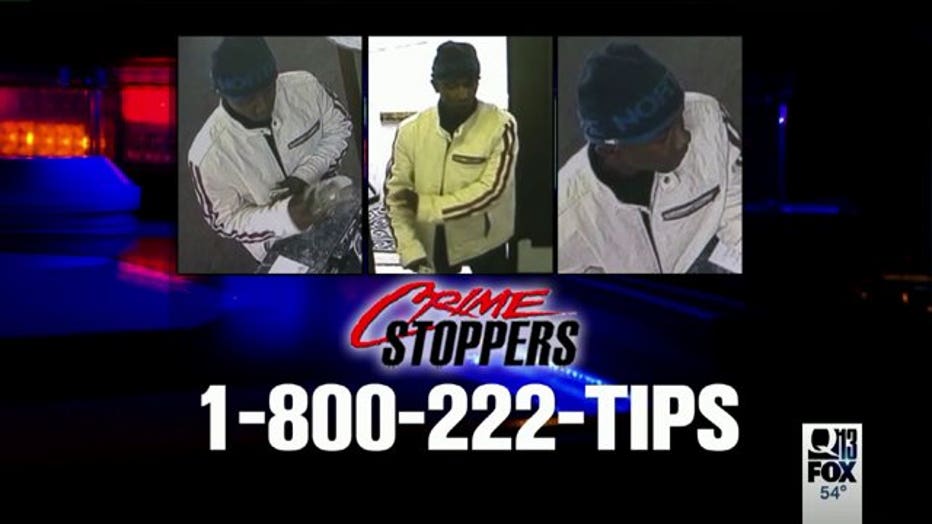