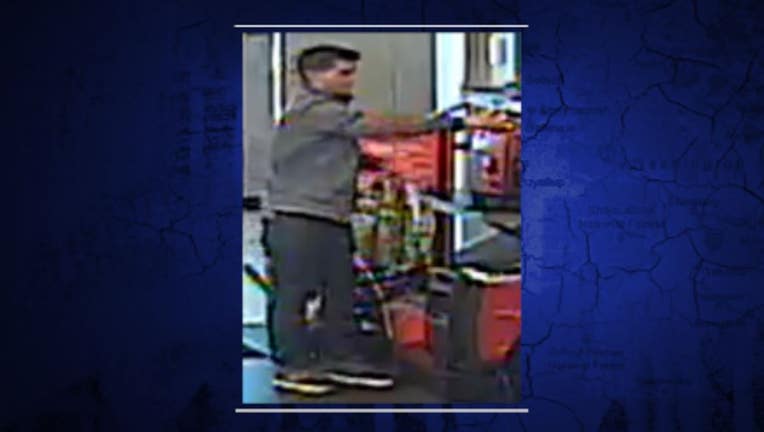 WANTED IN EDMONDS -- Edmonds Police are asking for help identifying a thief who stole thousands of dollars worth of portable generators from Lynnwood Honda. "He’s got a very distinctive walk. His left foot specifically kind of points inward and he kind of rocks or waddles back and forth so we’re hoping that somebody recognizes him based on that walk right away," said Det. Andrew Mehl. Over the course of two weeks, the suspect was seen on surveillance video entering the store while on his cell phone.  He stole five generators. "I hated it. My gut was churning because we got ripped off," said Lynnwood Honda's Steve Ellis.

The crook might have returned again but a service representative noticed him and followed him out of the store.  The suspect got into a green Dodge Stratus. "We want him really bad cause he did it under our noses," said Ellis. Edmonds Police say Lynnwood Honda is an excellent local business and they are hoping someone can identify the suspect. If you know his name, Crime Stoppers of Puget Sound will pay you a cash reward of up to $1,000 for information leading to his arrest.  Call 1-800-222-TIPS (8477).