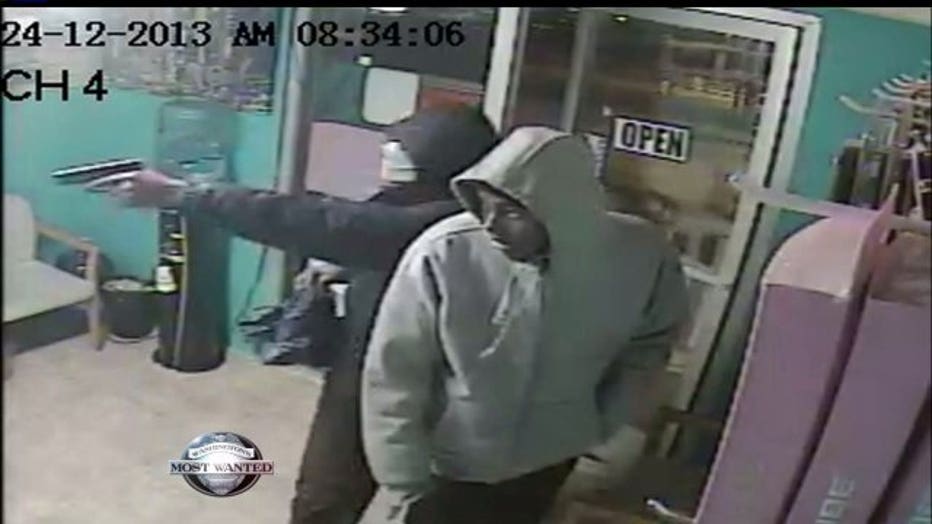 The pair of armed robbers held-up a cellphone store in King County on Chrismtas Eve. Both were carrying handguns, and not afraid to show them off. "They pointed the guns at the clerk and customer," Merle Carner of Crime Stoppers of Puget Sound said. They took cellphones and money and then fled." If you can recognize these men from their surveillance photos, call: CRIME STOPPERS: 1-800-222-TIPS You must call the Crime Stoppers hotline with your tip to be eligible to receive a cash reward for information leading to a fugitive’s arrest. CLICK HERE for information on how to TEXT A TIP to Crime Stoppers