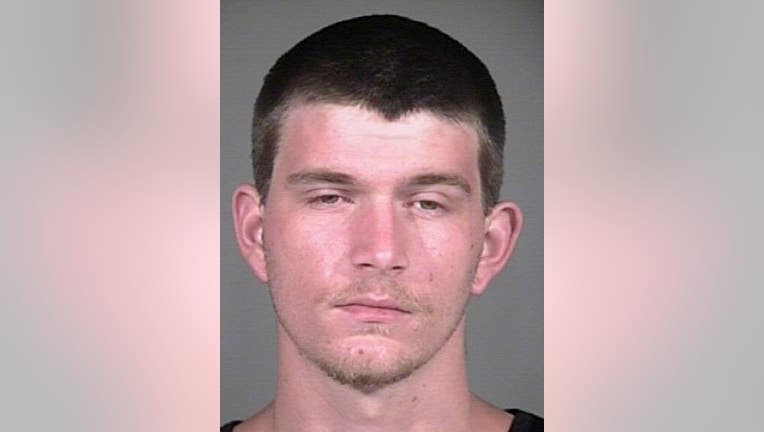 Harris was booked into the Kitsap County Jail for investigation of 2nd degree robbery, three counts of failure to appear, and failure to register as a sex offender. Bail was set at $350,000.

Detectives say the 24-year-old carjacked a woman in the parking lot of a Silverdale business early Friday afternoon. She was getting ready to from the Goodwill Store on Mickelberry Road NW when Harris allegedly got into the front passenger seat of her 2008 KIA sport utility vehicle (SUV) and demanded that she drive him away.

The woman refused and deputies say Harris threatened to shoot her. The suspect implied that he had a handgun in his jacket pocket. A gun wasn’t displayed.

The woman escaped from the SUV and Harris moved to the driver’s seat and drove out of the parking lot, last seen heading southbound on Mickelberry Road.

Although frightened and upset, the woman was not harmed.

The stolen car was recovered around 8 p.m. from private property in the 6000 block of Illahee Road NE, East Bremerton, when the occupant of the house returned home from work and found the car abandoned in the driveway. The KIA was impounded as evidence.

Harris previously lived in Suquamish but his current whereabouts is unknown.

Those wishing to remain anonymous may pass information through Crime Stoppers of Puget Sound at 1-800-222-TIPS (8477).

You must call Crime Stoppers to be eligible for the cash reward.