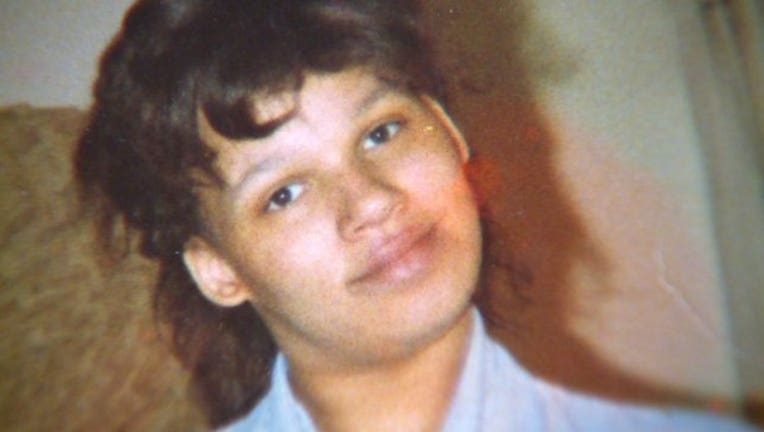 Tia Hicks was just 20-years-old when she was murdered. She was a mother of two little boys who was close to her own mom, Deborah McDaniel. “We were like sisters. I was very young when I had her so we kind of grew up together,” McDaniel explained. She also recalls the last conversation she had with Tia saying, “She had gotten involved with drugs and I saw a difference in her behavior and all  the things that go along with addiction. I begged her to please go into treatment. I just remember sitting on the couch with my arm around her begging her to go into treatment. She said, ‘mom I will’ and that was the last time that I spoke to her.” Detective Mike Haynes is with the Mountlake Terrace Police department. He recently re-opened the cold case, walking through the details of this unsolved murder. “Tia went missing around the 19th of November. She was dropped off in the rainier valley area of Seattle,” Haynes explained. “She was supposed to meet up, I believe with her grandfather shortly  thereafter and she never showed up for that meeting.” But Tia was seen again six days after she was reported missing. “We do know that she was with a friend the night of November 25th in a motel on the highway,” Haynes explains. “According to that person, they got into some sort of argument and she left and was given bus money, but that’s the last documented contact with have of Tia with anybody.” For five long months, no one heard from her. Then on April 22, 1991, her remains were discovered, hidden in an unusual place. “Anytime you find a young lady abandoned, undressed on an abandon boat, in a commercial parking lot, that was reported missing a few months prior that would be typically unusual,” recalls Haynes. The owner of a local bingo hall just off highway 99 found her in the boat he kept parked on his lot. Detective Haynes believes she hadn’t been there long saying, “According to the medical examiner’s report, their best estimate is three to seven weeks. If you’re looking for a theory, my best theory would be that she died someplace else and was transported and placed on the boat.” And detectives discovered several clues the killer may have left behind. “There was a tarp, a blue tarp and a piece of rope that was also found next to Tia. The boat owner did not believe that was previously on the boat. That’s indicative of something she was wrapped in and maybe used to transport to the boat,” detective Haynes said. Twenty-two years after her murder, police are taking a fresh look at the case and re-processing evidence since technology has made significant advancements since the murder. Investigators are hoping someone comes forward and tells what they know…no strings attached. “I’m not worried about people  that didn’t come forward and say things in the past,” explains Haynes. “I’m not interested in pursuing those people for anything that they may have done back then. This is their opportunity if they have something that they’d like to get off their chest and share, this is the best opportunity for them to do it.” And Tia’s mother is waiting for someone brave enough to give her some answers about her only child. “The biggest part of it is not knowing.  I don’t know who’s responsible, I look at everybody as a suspect, I don’t know,” McDaniel explains. “There’s not a day that goes by where I don’t think about what happened to my daughter and who did it, it never ends. And it won’t end until my life ends.”