Police are searching for a man suspected in a vehicle prowl who stole tools.

MOUNTLAKE TERRACE, Wash. - Mountlake Terrace Police need your help to identify a pair of suspects who pulled off a bold crime of opportunity, taking advantage of an employee who was getting ready for his day.

Hatchell said the vehicle prowl started when the suspects saw a van door open, the two pulled into the parking lot took the employee's tools in broad daylight.

"He was right inside there, getting his stuff ready for the day. That was very brazen and they took a lot of time doing it, they spent probably about seven, eight minutes there, which is kind of a lot for these type of crimes," said Hatchel.

The second suspect didn’t do much and wasn't seen by the surveillance camera like the main suspect. Hatchel said the suspect’s truck is another big clue to help identify them. 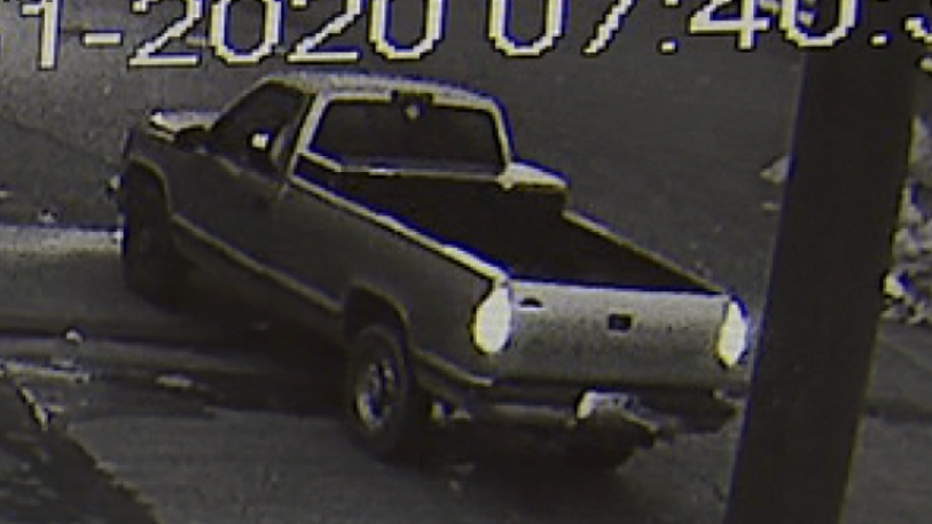 "The truck appears to be maybe a 2000s Chevrolet, but it's got two lights that seem to hang down behind it. And I don't know what those are. But I've never seen anything like that before. And they're hooked into the brake lights, obviously, in the tail lights because they get light and dim as they back up. So the lights are pretty distinctive," said Hatchel.

"The toolbox has a smooth top to it, which I haven't seen very many of those ever, most of them are diamond plated. So I think this truck would be very easy to recognize if you know anyone that has a truck like this," Hatchel said. 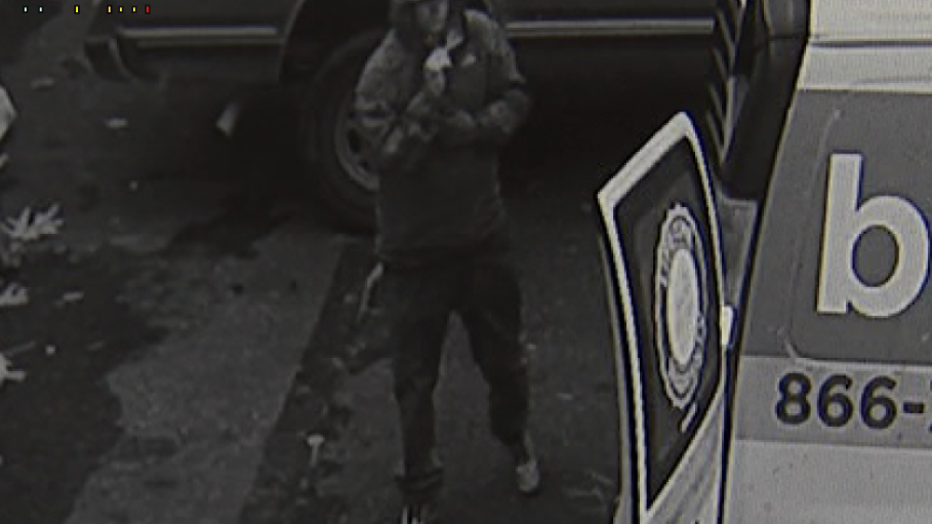 One of the suspects involved in the Mountlake Terrace vehicle prowl.

If you recognize the suspects or their truck, use the P3 Tips app on your smartphone that you can download for free to submit their names or photos of them or the truck.

You can also call the hotline at 1-800-222-tips. It's anonymous and a cash reward is yours if your tip helps lead to either of their identities.