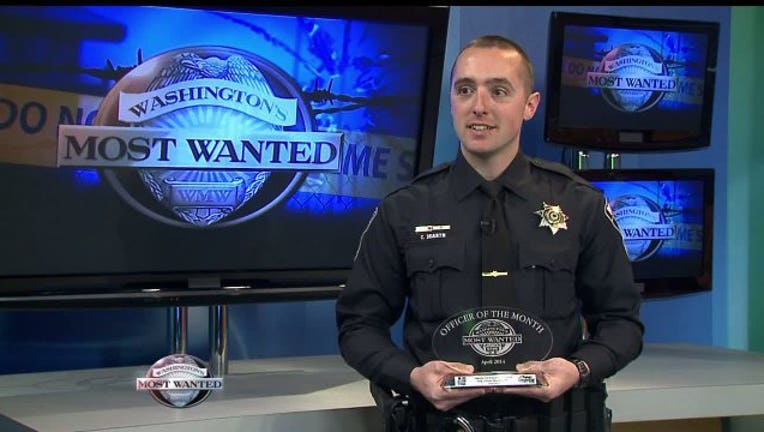 SeaTac police officer Chris Dearth is being honored for catching a wanted child predator we featured not once but twice. So when officer dearth looked at our website and saw that convicted child rapist Mitchell McKay was wanted, he started searching for him. When we featured McKay in 2012 for failing to register, Dearth found him. The convicted child rapist was by a playground in a north SeaTac park. This time, he recognized him right away. "He distinctly looks like Santa Claus and he had regrown out his long white-gray beard and me and my partners recognized him walking down International Blvd. and took him into custody," Dearth said. McKay told him he was headed to the Des Moines Marina and then was going to skip town. "Deputy Tavis Brunner was my first to back up and when I recognized who we were going to be contacting, Deputy Jim Nelson did a great job deflecting traffic around us," Dearth said. Officer Dearth stopped a dangerous child predator from roaming free for another night and his chief is proud of the work. "My first thought was that I wasn't surprised that they caught him, the tool that you've given us with Washington's Most Wanted, congratulations by the way, it was a big year for you. But that tool has been so helpful not just for us, but for citizens all around us," said SeaTac Police Chief Lisa Mulligan. "You're seeing captures, we're seeing it being used, and this is exactly how you want it to be used. I really wasn't surprised that they found the guy, I was surprised that the same officer found the guy. It was kind of a neat thing, so I am happy for him. Congratulations to SeaTac Officer Chris Dearth, our Officer of the Month for April.