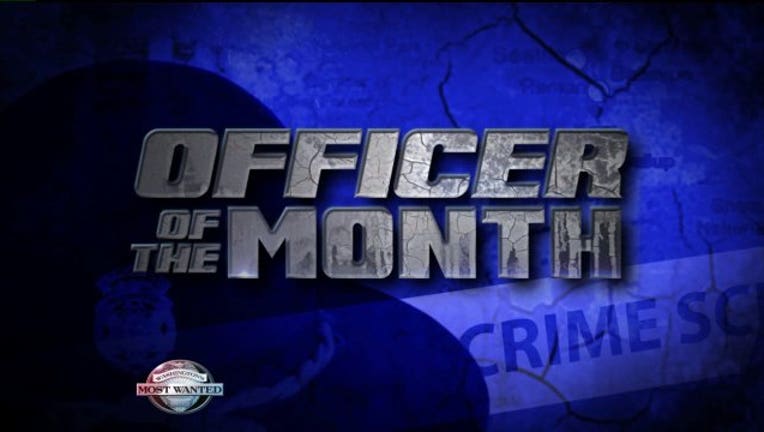 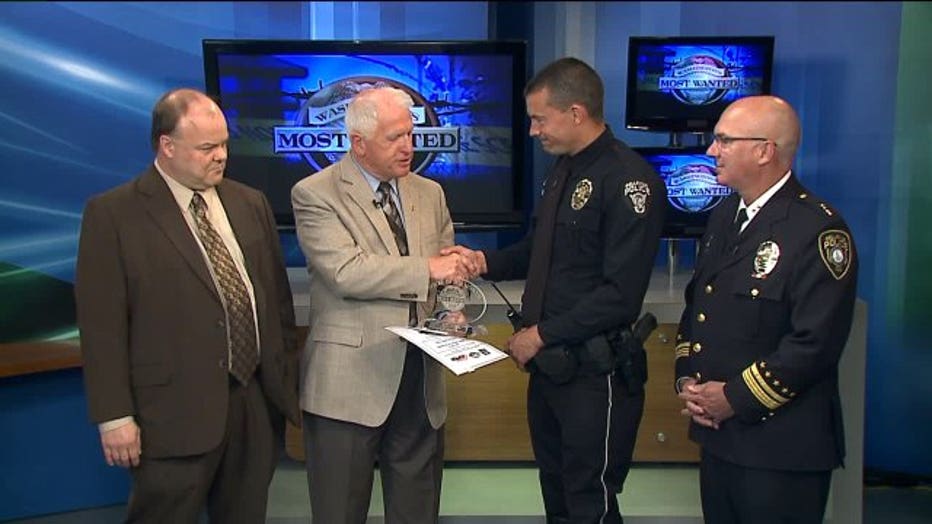 We're honoring him this month for those captures, but what makes his story interesting is that he knows what it's like to be a burglary victim. "When I was a kid, our house got burglarized,” says Ofc. Tyler. “And, you know that feeling when you come home and something's not right, and you just have that sense of security taken away from you." Ofc. Tyler remembers coming home when he was 10 years old, and finding his family TV stolen. Last week, the 7 year veteran motorcycle officer gave the bad guys some payback. "I saw a couple of guys just out of the corner of my eye walking towards a house, and what caught my attention was one was walking towards the front of the house, and walking around the side, and they didn't appear to be any type of legitimate solicitors or anything like that.” He turned around to go talk to them. "As I got close to the house, one of them started running. That's what we call a ‘clue’! At that point I called in other officers, and we determined later that they were casing that house, and they were prolific burglars who were planning on breaking into that house that day." The very next day, two more burglars ran out a house in Bellevue when the owner got home. Officer Tyler heard the description of the getaway vehicle. "I just happened to be driving on 405 headed toward the burglary, and again saw the vehicle in the HOV lane going in the opposite direction. It matched the description, was a silver Mercedes with a male drive and female passenger, so I jumped off at the next exit, turned around and caught them in Renton, and sure enough it was the car.” The thieves had over $20,000 in stolen loot. Bellevue Dep. Chief Jim Joliffe was at the presentation to talk about his officer’s great work. "Seth was kind of a superstar last week. That's not an everyday occurrence to catch four in two days, but this kind of stuff happens, literally every day, and not just in Bellevue, but in many communities on the eastside." "I think a lot of it is just being in the right place at the right time,” says Ofc. Tyler. “I think any officer, if they would have seen what I saw, they would have taken similar action. It’s just a matter of being observant, seeing something that's not right, and then taking action on that." Congratulations to our May Officer of the Month, Bellevue Ofc. Seth Tyler.