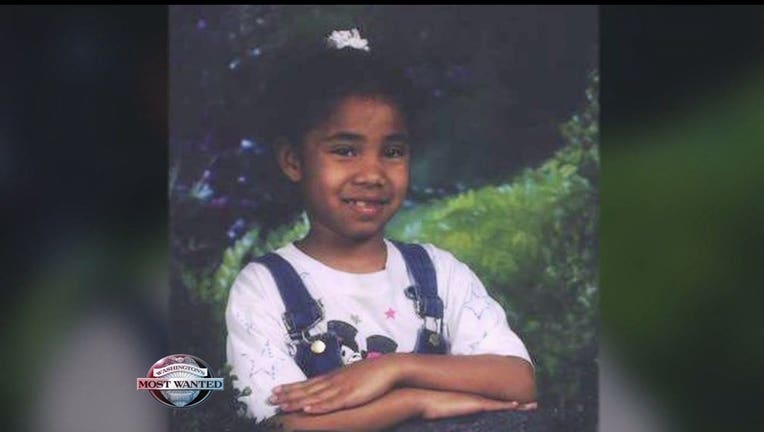 OAK HARBOR -- Seventeen years ago, a young girl who went missing in Oak Harbor was found dead on a beach. It's a murder that hasn't been forgotten by the tight-knit community who launched a new public push this week to identify her killer. Deborah Palmer was just 7-years-old when she disappeared. "As a father, as a parent, as a person in the community, my heart broke for this family that lost their sweet little girl so many years ago," said Jeff Humphrey of the Whidbey Sign Company. Today, she should be 24-years-old -- with her whole life ahead of her. Instead, her young face looks out from a new banner at the edge of Oak Harbor asking for information on her killer. "Well I want to see them find the person or persons who did this and bring them to justice," Humphrey said.   On March 26th, 1997, Deborah's  11-year-old cousin stopped by to walk her to class. Det. Sgt. Teri Gardner took over the case in 2006. "The cousin went inside, saw Deborah. She wasn't ready for school, so the cousin left on her own," said Gardner. "Deborah said she would be leaving for school as soon as she got ready. That was the last person known to see Deborah alive." The tight- knit community quickly organized a search party. Five days after she went missing, a grave discovery was made at Strawberry Point Beach. "She was found wedged under a log and the tide action had come in and out," said Gardner. "So, we don't know if she was on the beach and the tide action - her clothing was wet - or whether she was in the water for a period of time and then came into the beach." The questions surrounding this case are endless. Four years ago, Deborah's little brother talked with Washington's Most Wanted about her murder. "I had a sister taken away from me," said D'Artagnon Lee Palmer. "I had someone that I could tell all my problems to and be able to do all this stuff with - taken away from me.' "One of the things it does by bringing these things up again, people start to remember," said Oak Harbor Police Chief Ed Green. Green says they hope to spur someone's memory and get any new information, even something small. "What was not relevant five years ago, may be a relevant fact now that we can use so we're hoping spur those memories to get people to come talk to us and bring that information forward, anything so maybe we can use that and solve this," he said. The Phillipino-American Association of Oak Harbor is a driving force behind the campaign. Deborah' mom doesn't live in Oak Harbor anymore but when we talked with her in 2013, she had a simple plea. "If there's anyone out there that knows anything or anyone out there that can help me, please help me," she said. It's a plea for help answered by these volunteers -- determined to do whatever they can to help catch Deborah's killer. "It's a huge loss and it really strikes at the core when you start talking about a child, a child that never got beyond seven years," said Humphrey. If you have any information that can help solve Deborah's murder or if you would like to donate to the reward fund, call the Oak Harbor police tip line at 360-679-TIPS.