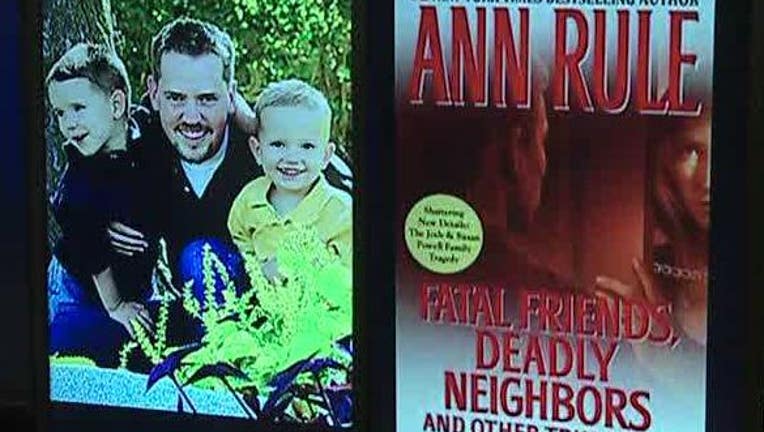 The story made headlines around the world: 36 year old Josh Powell killed himself and his two young sons by blowing up their Puyallup home less than three years after his wife, Susan Cox Powell disappeared under suspicious circumstances. In her latest book, “Fatal Friends and Deadly Neighbors” best-selling true crime author, Ann Rule, looks into the tragic story and admits that it was a difficult one to write, “I had promised the Cox' that I would write a story about their daughter's disappearance, and hoped that it would bring forth information about her remains. And then, I was standing at my kitchen counter in February of this year, and I think we all remember where we were when the news came that Josh Powell killed Braden and Charlie -- his two little boys -- and I thought, ‘I can’t do this.' Rule says she tried never to return to the topic of child murder. “When I wrote 'Small Sacrifices' many years ago, writing about children who were murdered, I promised myself I’d never do that again because for a mother it was so intense and hurts so much." But the Powell case was one that she had to finish -- and it all started back in 2009. Josh and Susan Powell had moved to Utah because Susan wanted to get away from her father-in-law, Steven. “She told one of her friends in Utah, ‘he’s the devil incarnate.’” Susan was last seen on Sunday night, December 6th. When she didn’t show up for work the next day, Susan’s co-workers and friends called police, and Josh’s story to authorities was pretty unbelievable. “He had taken the boys out at midnight to go camping on a freezing snowy night in Utah, and when he came back, she was gone. He and his father Steven put forth that she had run off with another man. None of it made sense,” explained Rule. Susan's purse, credit cards and personal belongings were all still in their home. They even found her cell phone in the front seat of Josh’s minivan. But Susan was nowhere to be found. “He controlled everything about her. She told friends she was afraid. She left notes in the bank deposit box saying, 'if anything happens to me look for Josh.'" Next week on Washington’s Most Wanted, Parella Lewis sits down again with Ann Rule, revealing details never heard before, about the night Susan Cox Powell disappeared.