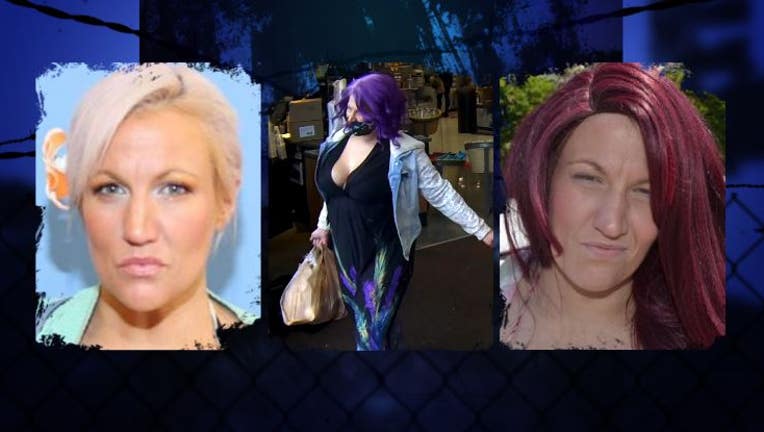 WANTED BY FBI - A wig-wearing woman accused of trying to smuggle drugs into a federal prison in SeaTac is wanted.

The FBI says Natasha Oakley's boyfriend was an inmate in the facility she was trying to sneak meth and heroin into late last year.

A warrant for her arrest was issued last month. “She's wanted for conspiracy to distribute methamphetamine and heroin as well as smuggling contraband into a prison. By trying to smuggle narcotics into a prison, that just exacerbates the problem of our prison population,” said Steve Bernd with the FBI.

Oakley has blonde hair, but is known to wear wigs.

She's known to use fake names like ‘Ludmila Yova’ and the fake first name, ‘Tasha’.

The FBI says she has ties to the eastside area of King County and both sides of the state, as well as in Idaho, Oregon and California.

If you know where she's hiding, use the P3 Tips app on your smart phone to submit the information to Crime Stoppers, or call the hot line at 1-800-222-TIPS(8477). It's anonymous and you'll get a cash reward of up to $1,000 if your tip helps lead to her arrest.