UPDATE: King County Sheriff’s detectives are asking for the “good Samaritan” who mailed murder victim, Earl Cossey’s drivers’ license and credit cards to his house to come forward. Detectives said family members had Cossey’s mail forwarded to a relative’s house after his death. Sometime during the last few days the relative received an envelope containing Cossey’s license, credit cards and a casino gaming card. Detectives believe the items were found by someone and mailed directly to Cossey’s address which was listed on his driver’s license. If you have any information regarding this case or the items mailed please call: King County Sheriff’s Office at 206-296-3311 (24 hours) --OR-- Call an anonymous tip into: CRIME STOPPERS: 1-800-222-TIPS You must call the Crime Stoppers hotline with your tip to be eligible to receive a cash reward for information leading to a fugitive’s arrest. CLICK HERE for information on how to TEXT A TIP to Crime Stoppers 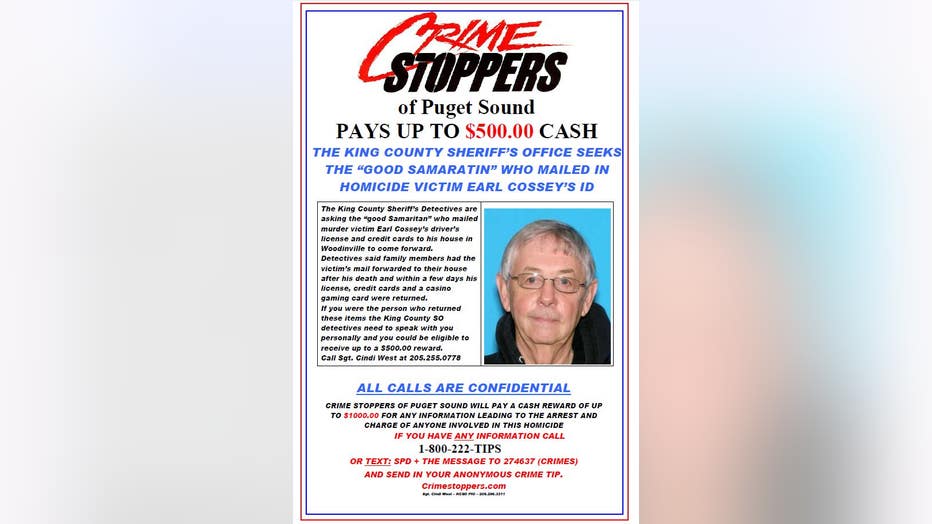 --ORIGINAL CASE -- KILLER WANTED IN KING COUNTY May 3, 2013 -- 71 year old Earl Cossey was found dead inside his garage Friday night, April 26th. Detectives say the last time anyone saw him alive was a week earlier on Monday night, April 22nd, when he went to a movie with a family member. The medical examiner says he died from blunt force trauma to the head. 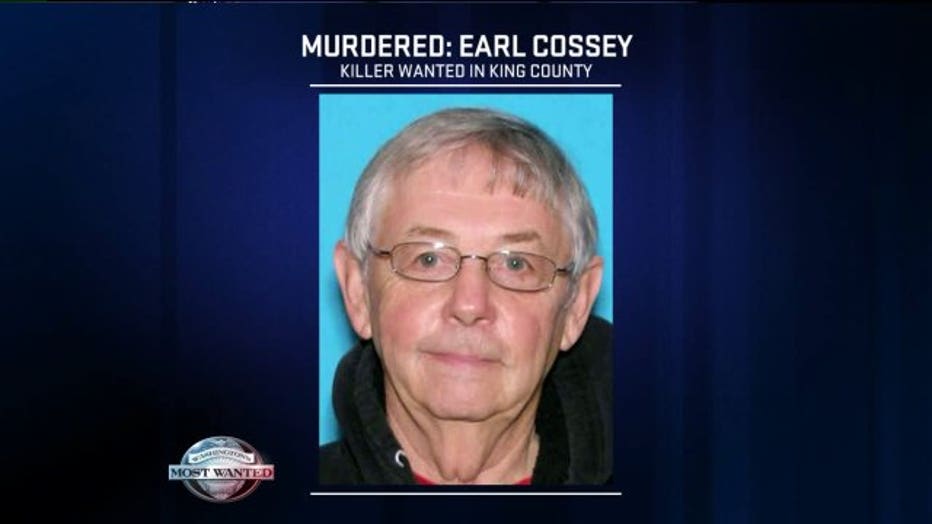 Cossey is said to have packed the parachute used by D.B. Cooper, the infamous hijacker who jumped out of a Seattle-bound plane with thousands in ransom money. But, detectives want to be clear about the Cooper link, and what they really need your help with right now. "We just want the public to know, we have no indication that this homicide is anyway related to the D.B. Cooper case," says King County Sgt. Cindi West. “What we want to know is anybody that has any associations with him, we want to talk to anybody that's seen him between Monday night and Friday night. Anybody who knows who he associates with. Any little bit will help.” Detectives ask if you're his friend, an acquaintance, or have just run into him once or twice -- and you have not talked to detectives yet -- please get in contact with the King County Sheriff's Office. If you know who Earl Cossey's killer is, or know anything about the murder, call an anonymous tip into: CRIME STOPPERS: 1-800-222-TIPS You must call the Crime Stoppers hotline with your tip to be eligible to receive a cash reward for information leading to a fugitive’s arrest. CLICK HERE for information on how to TEXT A TIP to Crime Stoppers