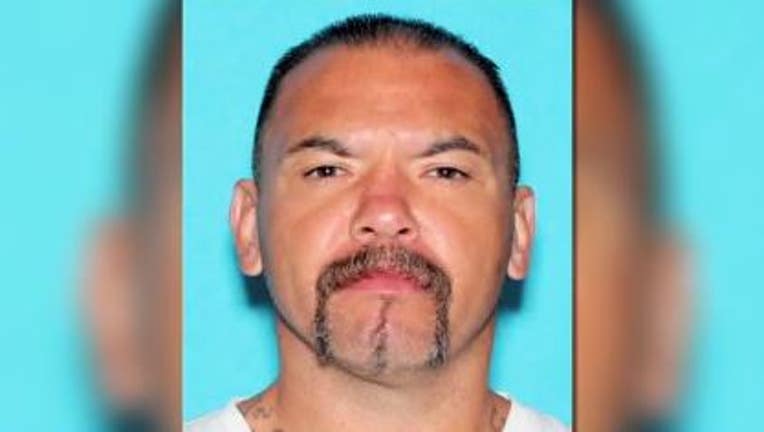 DES MOINES, Wash - Now that we are in the holiday season, families everywhere will be gathering either in person, or virtually to celebrate Christmas. It’s a time for giving, loving and appreciating all of those close to us, but it can also be a very painful time for families of victims of murder, like Danny Sisneros in Des Moines on Christmas Eve, 2015.

He and his wife and son were huddled in a stairway trying to escape the rain. It was the last holiday this family would ever spend together, after a gunman opened fire. The early morning gunshots killed Sisneros and sent neighbors inside the building diving for cover. Officers got to the scene quickly, but the killer had vanished.

Des Moines Police are still trying to identify the suspect and are hoping you can help.

“Somebody, somewhere in the last five years has talked to somebody about what went on here,” said Des Moines Police Det. Fred Gendreau.

It was just before 1am on December 24th, 2015. It was a cold and wet night in Des Moines. Sisneros, his wife and son had taken shelter from the rain in the foyer of an apartment complex on 30th Ave. S when the gunshots started. “The shooter was out here in in the street and firing across the parking lot,” Det. Gendreau described at the scene of the shooting.

Officers found Danny’s wife and son trying to stop the bleeding, but the single gunshot he suffered claimed his life. Amazingly, nobody else was hit, even though bullets riddled the building filled with people getting ready for Christmas the next day, including one resident who said she and her family would have likely been shot if they had been sitting in their living room, where they normally would play video games.

Now, Detective Gendreau is going over all of the evidence again and planning to re-interview witnesses.

The shooter was described as tall, wearing dark clothes and a white mask and walked with a limp, or distinct swagger, like he had an injured back.

There are still a lot of missing pieces and he hasn’t been able to establish a motive for the killing or even if Danny was the intended victim. “What we really need is for somebody to come forward in the community that has knowledge of who did this,” said Det. Gendreau.

Before the shooting, Danny and his family were homeless, staying in a tent off 200th and Military Rd. They came To Washington state from Colorado where Danny’s dad lives. “It's hard for me to even say, ‘Well, I'm going to get a good night's sleep tonight,’ because it’s been a long time since I got a good night's sleep,” said Danny’s father, Daniel Jacobs.

Danny’s dad does not mince words when it comes to how he feels about the suspect who killed his boy. “A lot of things come to my head. Bad things that I would do to them. Who wants his baby son gone? No. I will say to myself, if the detective will call me and say, ‘Dan, get over here, we caught him,’ I'd be there in a flash, just to see his face and I could, one way or another, get even. I’m an old man already. I don't care what I would do to him, but he took somebody that I loved a lot,” said Jacobs.

In the five years since the shooting, the apartment complex in the Pacific Ridge neighborhood has enclosed the entry area where Danny was killed. Police say they’ve worked with the community to make the area safer and won’t rest until Danny’s killer is caught.

“I believe that in the past five years, the person responsible has probably talked to somebody that has knowledge of this incident,” said Det. Gendreau.

Crime Stoppers of Puget Sound will pay you a $1,000 cash reward if you have information to help identify the suspect who shot and killed Danny Sisneros on Christmas Eve, 2015.

It is always anonymous.