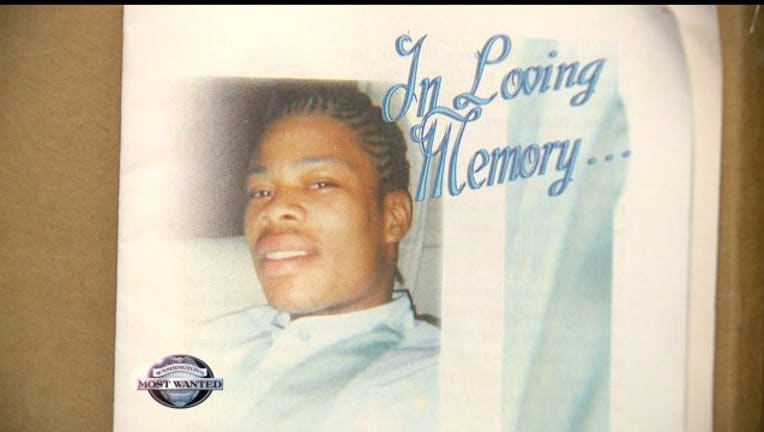 WANTED BY KING COUNTY SHERIFF'S OFFICE --  It’s been almost four years since 27-year-old Tyree Bellinger was singled out of a crowd and shot in White Center just outside of Seattle. " outgoing, silly, liked to crack jokes, funny. Took nothing serious, everything was a joke to him," said his mother Sharon Bellinger. But on May 15th, 2010, Tryee was out with his friends on Roxbury street in White Center when the night turned deadly. “We eventually caught up to a lot of acquaintances of Tyree, and they told us the story about how they had been in this ally, and everything was fine. They were having a good time and were just leaving to go home or whatever and were just walking out of the ally when Tyree was shot," said Detective Thien Do of the King County Sheriff’s Office. The men had just come from Club Evolution across the street when they decided to head home for the night. It was around 2:30 a.m. when shots rang out and people scattered. “One witness was so surprised that he was shot that literally he jumped out of his shoes, and left the shoes behind when he ran off. It was that surprising to all of them,” said Do. Surprising because Do says there is nothing in Tyree’s background that would have made him a target. But there is a rumor of an encounter that night that police say could be the motive behind this murder. “There is this theory and a perception that disrespect was made at the club. It’s an all ages club, and we’ve known the club to have a lot of gang members there.” said Do. It could all boil down to Tyree offending the wrong person at the wrong time. It’s hard to believe something that minor may have cost him his life. “Whoever shot Tyree singled him out from a group of six friends. He was walking out and within his little group, the actually singled him out and shot him,” said Do. Tyree had a son who is now 11-years-old who Sharon says takes after his father. “He loves football just like his dad. His dad was a good football player. He was known in elementary and high school for football, he was very good,” said Bellinger. Tyree’s family and police are hoping that they get answers this year to put an end to the unknown. “It’s been close to four years, and I’m hoping that this will generate more interest  and tips that will renew the investigation,” Do said. “If anybody seen anything, knows anything, let us know. We want to know and he didn’t deserve to go like that, and we all need closure," said Bellinger. CRIME STOPPERS: 1-800-222-TIPS You must call the Crime Stoppers hotline with your tip to be eligible to receive a cash reward for information leading to a fugitive’s arrest. CLICK HERE for information on how to TEXT A TIP to Crime Stoppers