Most murder mysteries are about finding an unknown killer, but in the 16-year-old homicide case of a mother in Camano Island, the Island County Sheriffs Office says it knows who and where the killer is -- they just need your help building a case against him.

ISLAND COUNTY, Wa -- Most murder mysteries are about finding an unknown killer, but in the 16-year-old homicide case of a mother in Camano Island, the Island County Sheriff’s Office says it knows who and where the killer is -- they just need your help building a case against him.

Tammy was a single mom, known to stay in the Lynnwood area. She was involved in the drug scene despite her mother’s attempts to sway her in another direction.

Those words still haunt Sharon, almost as much as the day her daughter’s body was discovered.

She heard about that on the news.

"When they found my daughter I knew it was her,” she said. “They didn't say her name, they didn't say what she looked like. They said they had found a body on Camano Island and I knew at that moment that was my child."

Detectives have spent the past 16 years trying to unravel exactly what happened to Tammy and why.

"The death was very violent,” said Det. Ed Wallace with the Island County Sheriff's Office. “Whoever did this to her was very determined to make sure she was not alive when they left her."

Unlike other murder mysteries, however, authorities feel they know who the killer is and exactly where he is. 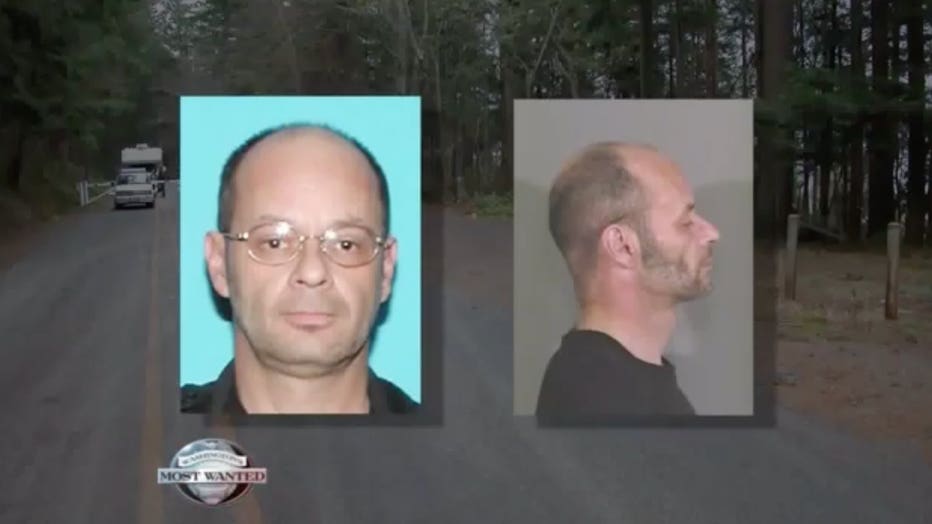 "Our person of interest is a man by the name of Karl Schlobohm,” Det. Wallace said. “He's currently serving life in prison in Arizona state prison for homicide."

But, detectives say the evidence against Schlobohm isn’t enough to nail him for Tammy’s murder, and they need help.

“The biggest problems we're having right now is we're trying to track his movements between the time he was released from jail in October of 2003 and the time the homicide happened in December," Det. Wallace said.

Detectives think Schlobohm worked at a security company in the Lynnwood area at the time of the murder. He is a person of interest because detectives found his DNA near the crime scene. Since that’s not enough to charge him with the murder, police are hoping for more information.

"We need someone to be able to tell us his movements,” Det. Wallace said. “Where he was staying."

Why Tammy’s body ended up on Camano Island is also a mystery. Authorities aren’t sure if the suspect knew his way around the island or not.

"We're still debating that," Det. Wallace said. "The area's secluded. You almost have to know where you are to find the place, but if they weren't local why come this far out with a body in the vehicle."

There are more questions than answers at this point, even regarding a missing item belonging to Tammy.

"She always had a black leather jacket with her and we couldn't find that and to this day still cannot find it," Det. Wallace said.

"She wore that coat everywhere she went," Sharon said. "It was like a motorcycle jacket. Black leather, short waist. Looked like a bike rider, heavy."

Tammy leaves behind seven children her mother has cared for.

"Seven beautiful, intelligent children,” Sharon said. “A little bit of her in each one of them."

Seven more reasons to help solve the case and get justice for Tammy and her family.

"Tammy was a beautiful, beautiful person,” Sharon said. “She didn't deserve to die the way she died and if anybody out there knows who did this, please just come forward and tell somebody. Just tell somebody, so that we can finally have some closure in our life, so that we can let her go."

If you know anything about Tammy’s death or where Karl Schlobohm was from October to December in 2003, please contact Crime Stoppers of Puget Sound.

Use the P3 Tips App on your smartphone that you can download for free to submit the information or call the hot line at 1-800-222-TIPS (8477). It’s anonymous and you’ll get a full $1,000 cash reward if your tip helps solve the case. You can also submit anonymous information at www.P3Tips.com.