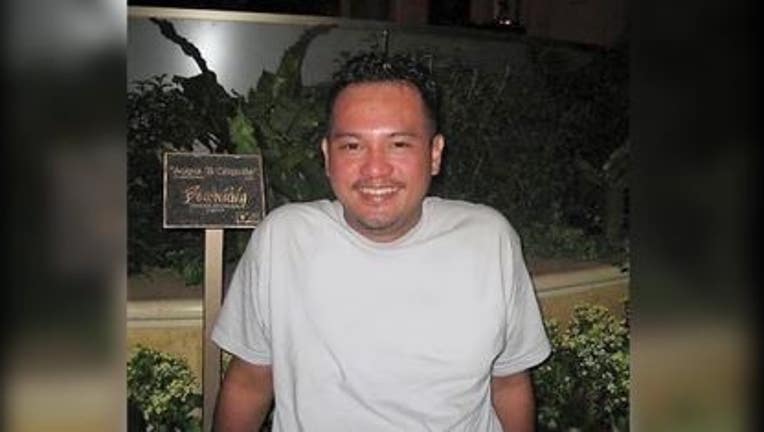 REDMOND - The family of a TSA agent at Sea-Tac Airport who died in suspicious circumstances is upping the reward for help to solve the case.

Francis Gaspar's family, Redmond Police and Crime Stoppers of the Puget Sound are hoping a $4,000 cash reward will help someone come forward with information.

The previous cash reward for information was $2,000 and now Gaspar's family has added another $2,000.

Gaspar, 38, was found lying in the middle of W. Lake Sammamish Parkway just after midnight on Monday, July 29th, 2019.

He was rushed to the hospital, where he died the next day.

"We have very little to go on here. We know that he died from a blunt trauma force to the head. It doesn’t appear to be a robbery. It doesn’t appear to be a hit and run. The victim’s vehicle was found a short time away in a park there, Perrigo Park. They processed the car, nothing seemed out of whack, so this is very mysterious," said Ret. Det. Myrle Carner with Crime Stoppers of Puget Sound.

Police searched the area for surveillance video but didn’t find anything.

Detectives have no explanation for why Gaspar was killed, or who did it.

"Anybody have a vehicle plate, a suspect, anybody that might have talked about it. Any kind of information could help and put the detectives at least on a trail of someone who might have done this," said Ret. Sgt. Jim Fuda with Crime Stopper of Puget Sound.

So, think back to July of 2019 and if you have any information at all to help Redmond Police solve this case, you will remain anonymous when you submit a tip to Crime Stoppers. You can call 1-800-222-TIPS(8477 or text a tip through the P3 Tips app on your cell phone.  You can also submit tips at www.P3Tips.com.