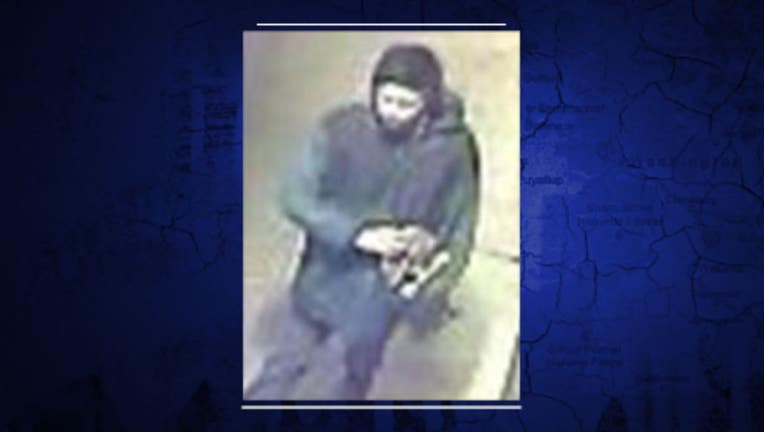 Suspect sought in severe beatting of Peggy Parr in Auburn

Suspect sought in severe beatting of Peggy Parr in Auburn

AUBURN -- A homeless woman living out of her car is attacked on Super Bowl Sunday and left for dead. The moments leading up to the attack were caught on camera and now police need your help identifying the man they believe is responsible for the beating. 53 year old Peggy Parr was a victim of a vicious attack on February 2nd. “Her car pulled into the parking lot, she parked her car and got out of it and what we learned is that she locked her keys in the car," said Auburn Commander Steve Stocker. Parr had stopped at the Rite Aid near 10th street in Auburn. “It appears that over the next three hours or so she kind of remained in the area, tried to get into her car, did talk to the Rite Aid manager, and she declined help from him,” Stocker explains. Auburn police pieced together what happened that night thanks to surveillance video from the area. There is a man seen leaving Rite Aid and shows up with Peggy on another camera a few minutes later. Stocker says, “Somewhere around 1:00am, 1:30am which is now February 2nd, we see Peggy and this male subject exit the breezeway from Rite Aid and head over towards the Fred Meyer parking lot here in Auburn.” From there, they head next door to an apartment complex where you can see the man grab a chair and walk out of frame. He then shows up with Parr one last time before heading behind the apartment complex. “That was right about 2:00am when they’re picked up on the camera, and it was just a couple of minutes after that we got a 911 call of this fight going on and of someone severely beating up another person,” Stocker says. When police arrived a few minutes later, they found Peggy lying in a pool of blood. “So right here is a pathway that comes in here, and right here is where Peggy was found face down,” Stocker recalls. She was unresponsive and remains in a coma. Police say she suffered a severe beating and Stocker adds, “We had one witness call and actually describe that she saw another person punching and kicking another person so many times that she had to actually step away from the window because she couldn’t even watch it anymore.” Now police are asking for the public’s help to identify the man seen with Peggy just moments before the attack. He is described as a white male believed to be between 5’8” and 5’10” tall with a thin build. He has black hair, parted to the right side and minimal facial hair. He was carrying a skateboard that night and wearing a green sleeved long jacket with black torso section and hood, gray form fitting pants and white soled skater-style shoes. If you have recognize the man police are calling a 'person of interest' or have any information on this horrible crime, call an anonymous tip into: CRIME STOPPERS: 1-800-222-TIPS You must call the Crime Stoppers hotline with your tip to be eligible to receive a cash reward for information leading to a fugitive’s arrest. CLICK HERE for information on how to TEXT A TIP to Crime Stoppers.