SEATTLE  -- A Seattle woman says she's terrified to drive after being robbed at gunpoint in her own car with her baby in the back seat.

And the King County Sheriff’s Office thinks this isn't the first time the robber has struck.

On Nov. 3, police say a black and white striped car pulled up in front of the victim's car, blocking her in on West Marginal Place South.  Then a man stepped out, approached her window and pulled out a gun.

Driver says she was forced to stop, robbed at gunpoint with baby in car

Driver says she was forced to stop, robbed at gunpoint with baby in car

Her 8-month-old baby girl was in the backseat. 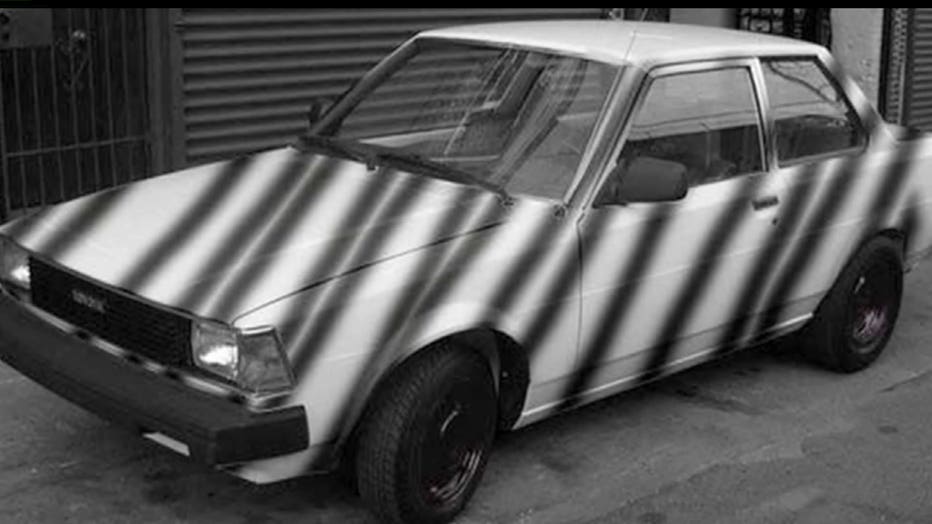 The suspect's car in the armed robbery.

After the suspect took her phone, he let them go.

His car is very unusual.  It's a white, 1980s Toyota Corolla 2 door, spray painted with black stripes. It has a possible partial license plate of "x-l-o".

“Is he planning more of them? Has he done more that just haven't been reported to our agency?  We need to find this guy.  He's obviously willing to waive guns in people’s faces and fight with them over their belongings,” says DB Gates with the King County Sheriff’s Office.

Anyone with information is asked to contact Crime Stoppers at 1-800-222-TIPS.