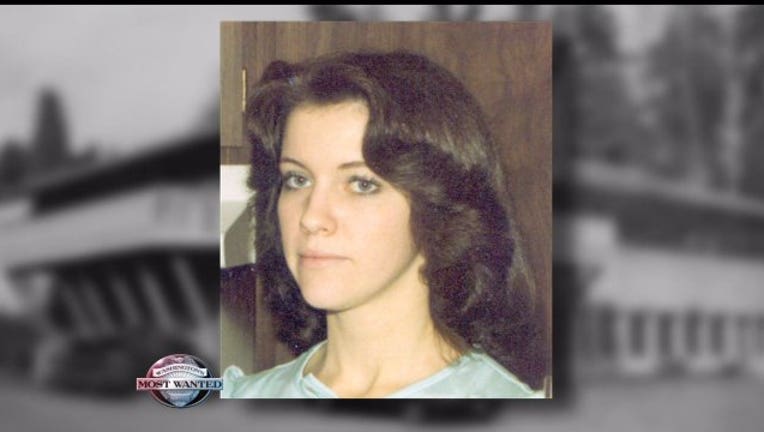 It was 1978 and disco was the most popular style of music. The song “Shadow Dancing” by Andy Gibb topped the music charts as disco fever took over a generation. And fandango Disco was one of the hottest hang outs in Seattle. "It was then known as the Sirloin Inn and there was a disco located inside of it,” said Detective Scott Tompkins is with the King County Sheriff’s Office. The night of November 2nd, 1978, 24-year old Barbara McClure was there with friends. “As far as we know, she was here with friends including her then boyfriend.  There was an argument or a disagreement between her and her boyfriend and she decided to leave and go home on foot,” Tompkins said. Barbara lived about five miles away, but started walking home alone along the Bothell Highway. It was about midnight on that cold November evening. She was about half a mile from the club when her friends caught up to her. “After she left the club, some of her friends went after her and passed her on the Bothell Highway," Tompkins said. "They offered her a ride, but she refused and that was the last she was seen.” “For many, many years I believed she was alive and I don’t know why, whether that was a real childhood hope maybe,  I’m not sure. I don’t think that now,” said Jamie Stupey, Barbara’s only child. Jamie was very young when her mother disappeared. “I actually don’t have memories of my mom. It was ten days before my second birthday so I actually have memories of the trauma after she disappeared,” Stupey said. Her earliest childhood memory was asking about her mother. "I was in a bath tub at my aunt’s house and I can remember saying, ‘when do we get to go see mommy?’ that was a few weeks after she disappeared,” Stupey recalls. News of Barbara’s disappearance made headlines for months. Her family offered a $10,000 cash reward at one time, but despite the efforts of so many, detectives only uncovered one lead in this almost 40-year old cold case. “Her driver’s license was found during the construction of the swamp creek interchange where  I-5 and 405 meet,” Tompkins said. That discovery was just six days after she went missing and about ten miles from where she was last seen. Nothing else has ever been found. Jamie has searched for clues over the years with some understandable hesitation. “Probably the reason I've never personally gone after it before is a fear of knowing," Stupey said. There’s a fear behind who, what, how, you know. And frankly, finding out she is alive and just left is clearly a fear as well. So as I've gotten older, the feeling of fear has become more real and I realize at some point I’m probably going to be at a point where I need to deal with it more.” She is now a mother of five and wants answers not just for herself, but for her children as well. “That two-year-old that doesn't have a mom anymore, you know and five grandkids that would love to have an answer cause I’ve always been honest with them and somebody knows what happened that night," she said. "And I believe it was someone who knows her, knew her. I believe that someone who knew her knows what happened.” If you have any information about the disappearance of Barbara McClure, please call Crime Stoppers. All calls are guaranteed anonymous and you could receive a cash reward of $1000 for information leading to the arrest of the person(s) responsible. CRIME STOPPERS: 1-800-222-TIPS You must call the Crime Stoppers hotline with your tip to be eligible to receive a cash reward for information leading to a fugitive’s arrest. CLICK HERE for information on how to TEXT A TIP to Crime Stoppers