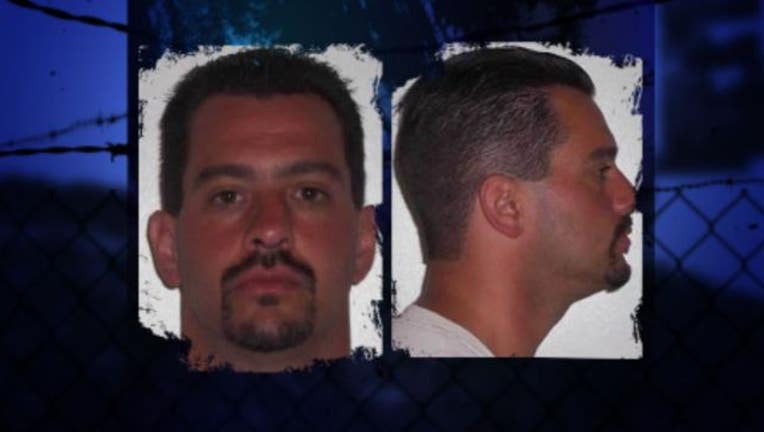 FUGITIVE CAPTURED Feb. 8, 2014 -- The Department of Corrections says John Swanson surrendered the day after seeing himself featured on Washington's Most Wanted. WANTED BY DEPARTMENT OF CORRECTIONS IN KING COUNTY Feb. 7, 2014 -- Police busted John Swanson for putting a gun to the face of his girlfriend, telling her 'I'll kill you' while he had his finger on the trigger. Officials said she even had a barrel-shaped bruise on her cheek to show police where he'd pressed his gun against her face. That was just one of several bruises all over her body. Now, he's wanted by the Department of Corrections for escape in King County and breaking probation for a bloody assault on a pair of Fred Meyer loss prevention agents. "Swanson was in the middle of stealing a bunch of items from a store when loss prevention contacted him," said Emily Isaacs with the Department of Corrections. "They followed him outside the store. One went to grab his arm when he swung on them, started hitting the agent. At some point in the fight, Swanson pulled out a knife. Another employee came to the rescue, saw that the fight was still going. When the knife appeared they all backed off, and he took off running. As the employees were collecting the items from the ground, they realized that they were bleeding, having been cut and slashed all over their arms from the knife." Officers said Swanson uses the fake last name, Plasch, and a fake middle name, Paul. He is 35-years-old, 6' 0" and weighs around 260 pounds. If you can help cops track him down, call in an anonymous tip: CRIME STOPPERS: 1-800-222-TIPS You must call the Crime Stoppers hotline with your tip to be eligible to receive a cash reward for information leading to a fugitive’s arrest. CLICK HERE for information on how to TEXT A TIP to Crime Stoppers