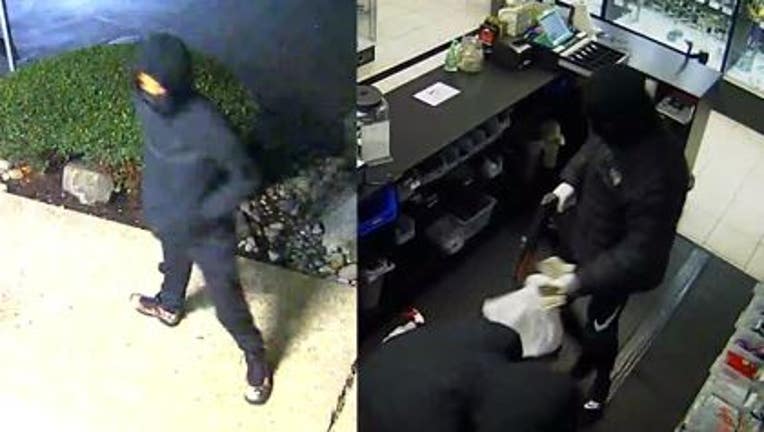 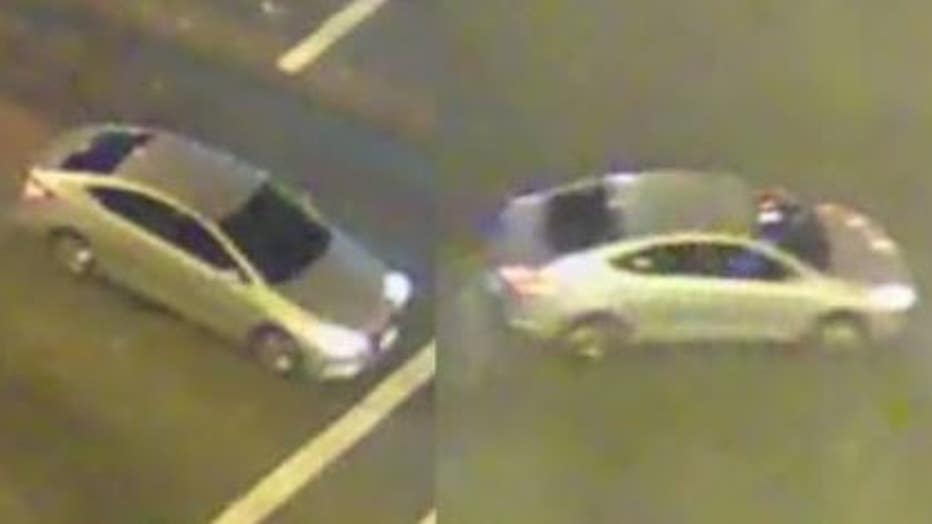 WANTED IN BELLEVUE - Bellevue Police are asking for your help to identify a pair of armed robbers who terrorized two workers and two customers at a marijuana shop.

Watch the video below to see the chaos as the first suspect armed with an assault rifle rushes into Green Theory on 124th Ave. NE on November 7th. The two workers behind the counter hit the floor with their heads down and their hands up in fear. At the same time, a customer races for the door and even trips and then scrambles outside. He runs right into the second suspect who's acting as a lookout and guarding another customer who he robbed.

That second suspect then enters the store and starts stuffing product into a bag while the other cleans out the cash register before both ran out to a car. "The vehicle that they left in was a 2018 to 2019 Hyundai Elantra vehicle, so that's what they were seen driving away in. One suspect is wearing a black ski mask, black pants that has Nike writing on it and it's in white and he's also wearing black Nike slides. The second suspect is wearing a black hoodie and a black mask, but what's particular about him is that he is wearing Nike Air Jordan Woodland-edition hiking boots and those are very specific, so we are hoping that the viewers can help us out on finding these people, so that we can stop this before somebody gets hurt," said Bellevue Police Capt. Debbie Ingram.

If you can identify either suspect for Bellevue Police, use the P3 Tips app on your smart phone to submit the information to Crime Stoppers of Puget Sound, or call the hot line at 1-800-222-TIPS(8477). It's anonymous and you'll get a cash reward of up to $1,000 if your tip leads to an arrest.