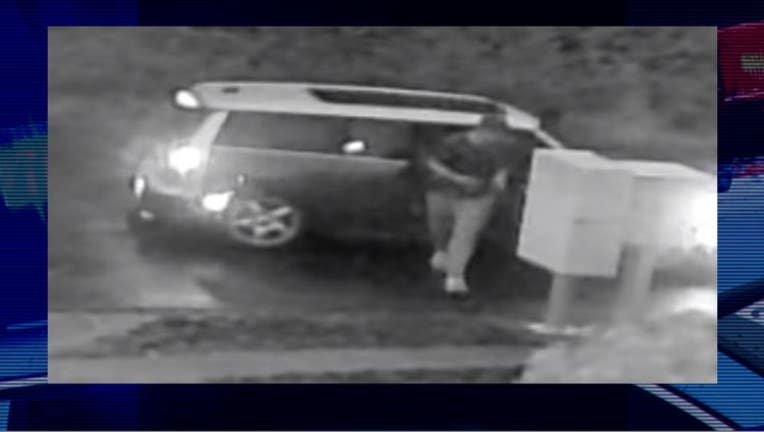 WANTED IN PIERCE COUNTY -- - The Pierce County Sheriff’s Department is investigating a rash of midnight mailbox bombings, including one caught on camera that shows a car and a suspect that detectives are hoping you can help identify.

A home surveillance camera shows a MINI Cooper Clubman speed-up to a set of residential mailboxes on 18th Ave. Ct. E. in Spanaway on July 7th. A suspect gets out of the passenger seat, puts some type of explosive device in one of the mailboxes, lights the device and quickly jumps into the car -- knowing something bad is about to happen. The suspects speed away and then seconds later the mailboxes blow up in a series of explosions.

"As you can see from the video, somebody pulls up in a pretty nice little MINI Cooper Clubman, we expect that somebody will know who these people are and the car is, but the explosion's violent. Whatever they're using made a loud explosion. If anybody was even near it, or if the suspect who had lit it was near it, somebody's going to get hurt, or killed. And, we had many of these explosions, but know for sure these guys did this one. The other ones we're not sure of yet, we're still looking for more video, if we had a group of people out doing them, or if they were just out randomly blowing up mailboxes, but they caused a lot of damage and somebody could get seriously hurt. These are more than just fireworks,” said Pierce County Sheriff’s Det. Ed Troyer.

A cash reward could be yours if you recognize the car or the suspect, or know anything about whoever was driving around blowing up mailboxes in that area of Spanaway.